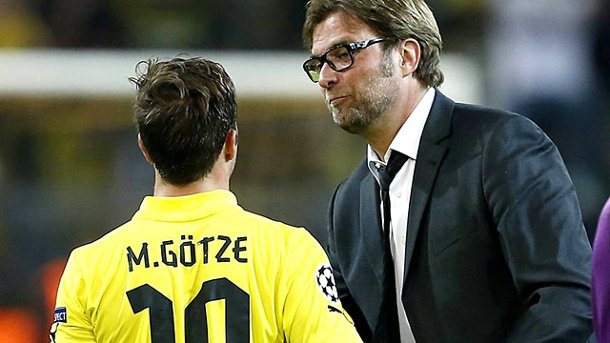 Not much has changed for Bayern Munich attacking midfielder Mario Gotze as he continues to struggle for game time at the Allianz Arena, but the 23-year old has remained tight lipped regarding his future plans, giving predictably ambiguous answers to questions over the same.

“Right now, there are no talks,” he told German news outlet Sport Bild. “Not with the club and not with Carlo Ancelotti,” he continued, keen to stress that he’s yet to discuss his future with the incoming Bayern boss. “I don’t have a concrete schedule. I can’t say whether a decision about my future will be made before or after the European Championships,” confirmed the talented attacker. “I know that for instance [Dortmund captain] Mats Hummels has said he wants clarity before the tournament, but Toni Kroos [in 2014] only made his decision [to join Real Madrid from Bayern] after the World Cup,” said Gotze, before adding, “Everything’s open.”

Although injuries have interrupted his campaign, the World Cup winner has made only 11-apearances for the Bavarian giants in the Bundesliga this season with outgoing manager Pep Guardiola overlooking the talented German on numerous occasions. A threat from the middle or out wide, Gotze will attract a number of suitors this summer though rumour has it that he’s keen to link up with now Liverpool boss Jurgen Klopp again after the charismatic manager got the best out of him during their time together at Borussia Dortmund.

While it remains to be seen whether or not the Reds will have European football on offer for the coming campaign, it’s believed that they’ll be able to prize him away from Bayern for a fee somewhere in the region of £20mil – a deep discount on his reported £30mil asking price. With only a single goal and three assists to his name this year, Gotze’s star has tarnished somewhat, but if there’s a manager that can get him back to his best, it’s almost certainly Klopp.