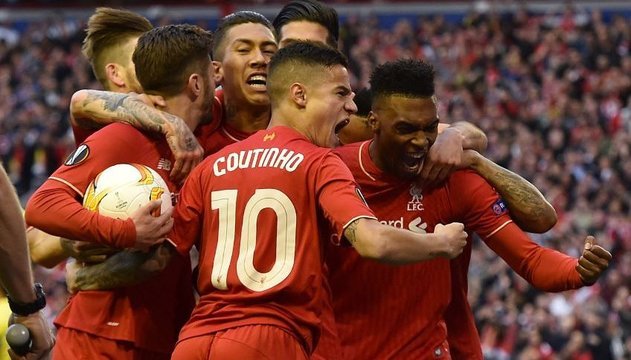 European football in May is lovely thing, isn’t it? Giving up a late goal at the El Madrigal a week ago, Villarreal CF traveled to Anfield for the return leg with a distinct advantage, but the Spanish side were unable to convert some early dominance into anything substantial as a clearly focused Liverpool clawed their way back into the tie before blazing a trail all the way to the Europa League final.

It didn’t even take the hosts ten minutes to draw level on aggregate with Roberto Firmino and Daniel Sturridge combining to force Bruno into an own goal, but they’d have to wait until almost midway through the second half for the England man — who obviously tried to claim the first as his own — sprung the offside trap brilliantly before a cool finish via the post gave the hosts the lead.

Things went from bad to worse from there for the Yellow Submarine with key defender Victor Ruiz picking up a second yellow card for standing on Adam Lallana’s foot and with 8-minutes left to play the often unlucky Reds attacker would see his fortunes turn when he capitalized on Sturridge’s mishit to flick the ball past a helpless Alphonse Areola to seal a meeting with holders Sevilla later this month in Basel.

“We knew it would be a difficult night, we knew they could get the away goal but credit to the lads,” said the match winner, barely able to contain his excitement when speaking to BT Sport following the final whistle. “The lads deserved to be in the final and hopefully we can win it,” continued Lallana, before adding, “You have to show this competition respect and I feel we have done that.”

Had Mario Gaspar’s driving effort only a few minutes before Bruno’s own goal found the back of the net, it would have been a completely different kind of match, but having eschewed the reserved tempo of a week ago and reverting to their normal high tempo tactics, Villarreal looked like mere passengers for much of the 90-minutes, unable to live with the tempo dictated by the Scousers. Hurried and harassed until they coughed up possession, Marcelino Garc?a Toral’s side were unable to find any sort of rhythm and they paid for it dearly.

To be fair, the Spanish side weren’t all that bad — the Reds were just far too good. Emre Can, having only rejoined training earlier in the week after shaking off what looked to be season ending damage to his ankle ligaments, played the whole 90-minutes and was absolutely everywhere as the hosts bossed proceedings. Firmino, involved in all three goals and at his masterful best throughout, raised serious questions about why he wasn’t included in the Brazil squad for the Copa America this summer and Kolo Toure, seemingly back from the precipice of never starting another match, was once again immense alongside the continually improving Dejan Lovren.

And, of course, there’s Klopp. The German can’t go without mention, but you don’t need me to elaborate on the striking influence of the charismatic manager. If nothing more, he’s restored real belief to a fan base that’s been lacking in just that — and not only can you can hear it from the stands, but you can hear it echoing around the world.

See you in Switzerland.