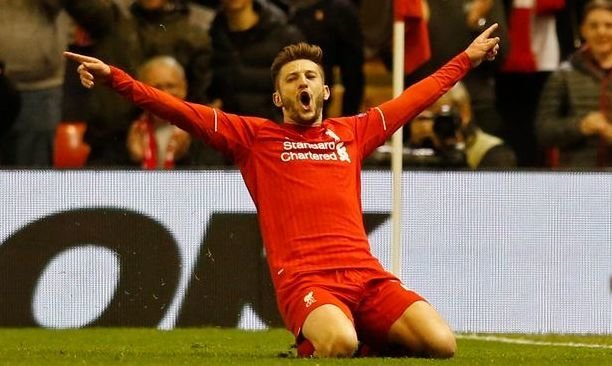 In what was arguably his best performance in the famous red shirt, Liverpool attacker Adam Lallana was on hand to flick in the winning goal as the Anfield outfit breezed past Villarreal to book a spot in the Europa League final. With a meeting with back-to-back champions Sevilla set for the 18th of May, the 27-year old wants nothing more than to go on and win it all.

“We’ve experienced losing in a final and it is not nice, an awful feeling,” said Lallana, thinking ahead of the meeting with the Spanish side.”I think the experience of that day will help us, even in such a short turnaround to this final. It is a young squad but I feel we need to win something to feel what it is like to win, and almost make it like a bug, just keep going,” he continued, before adding, “This is our second final this year but we know we need to bring the cup home.”

Having already come up short in a penalty shoot-out in the League Cup final back in February, the Reds will be desperate to salvage this season with not only a trophy, but a berth in the Group Stages of next seasons Champions League. A Bruno own goal and a Sturridge strike on either side of the half put the hosts in the drivers seat, but Lallana really shifted the tie in the favour of the Anfield outfit by adding the third, capping off a shift that saw him once again prove to be an entirely different player from the frustrating figure from the beginning of the season.

“I just think he [Klopp] realises my qualities,” said the 27-year old when asked about Liverpool manager Jurgen Klopp.”They might not always stand out, I might not always be man of the match every week, but I think he just appreciates what I bring to the team. I am grateful that he appreciates me and I feel that I give my best every week for the team, I just want the team to achieve things and do well,” explained the former Southampton captain. “I am just delighted to be involved in a team getting to finals,” surmised Lallana. “It’s what any professional wants to achieve and it’s not just myself that has performing well. I think the whole team have been performing well.”