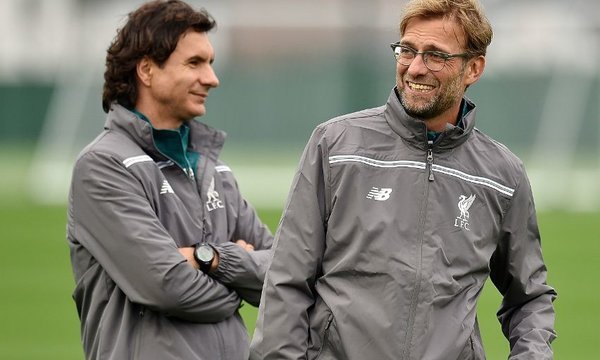 We’ve known for quite some time that it would take a minor miracle for Liverpool to qualify for any sort of European competition through the league table and that hasn’t changed one bit going in to the meeting with Chelsea tomorrow. If nothing else, it’s a bit of a dead rubber for both teams points wise, but they’ll both have something to play for under the Anfield lights.

After being spanked at Stamford Bridge earlier in the season, the visitors will want to avoid the Reds doing the double over them for the first time in forever and salvage some pride going in to what’s going to be a massive summer for the blue club from the capital. Jurgen Klopp’s side, on the other hand, have something far more important to worry about.

Going in to the Europa League final with Sevilla one week from tomorrow, keeping the momentum going and the morale high would give them a massive boost as they look to keep the back-to-back winners from making it an unprecedented treble of victories in UEFA’s second tier competition. Though they still have to travel to West Bromwich Albion at the weekend, barring any unforseen circumstances, the side that faces Chelsea tomorrow will be more than likely be the same one that squares up to the Spanish side in Basel.

“I would prefer if Thursday next week, we have won two games against Chelsea and West Brom, and we are heading back to Liverpool with the cup – that would be all we want but it doesn’t work like this,” laughed Reds boss Jurgen Klopp, speaking to the press ahead of the meeting with the Blues. “If we lose the two next game, I will go to Basel still confident we can win this game,” he said, before adding, “There is no fixed rule which says if you win your last two games you will win your final.”

After rotating his squad for the 2-0 win over Watford at the weekend, the German manager is expected to do the same tomorrow with his “fresh legs, fresh minds” policy still very much in effect. Nathaniel Clyne and Dejan Lovren should return to the back-line, James Milner and Emre Can in the midfield and Adam Lallana as well as Daniel Sturridge in attack — or, something like that anyway.

Chelsea boss Guus Hiddink will be without club captain John Terry who is suspended for the their last two matches of the season and potentially his last in the blue shirt with his contract set to expire at the end of the season. Loic Remy and defender Kurt Zouma are sidelined as well with their respective groin and knee injuries, but the Dutchman has bigger things to worry about. Having lost two of their last three away matches — having been convincingly beaten by Manchester City and upset by perpetually struggling Sunderland — coping with a Reds side clearly in form won’t be easy.

Still, there remains sizable chinks in Liverpool’s armor that the likes of Diego Costa, who has been involved in 14 goals in as many outings, and Eden Hazard, who has started to find his stride as the season closes out, can exploit. The Anfield outfit have conceded at least two goals in their last three meetings with the Stamford Bridge club when they’ve visited Merseyside and they’ve thrown away 14-points from winning positions this season. Coping won’t be easy, but it remains manageable.

As per usual though, it all depends on what Liverpool side show up — will it be the one that threw away a 2 goal lead to draw with Newcastle United in late April or the one that battered Chelsea back in the fall as Klopp made himself properly acquainted with the Premier League? I know which one I’m hoping for…