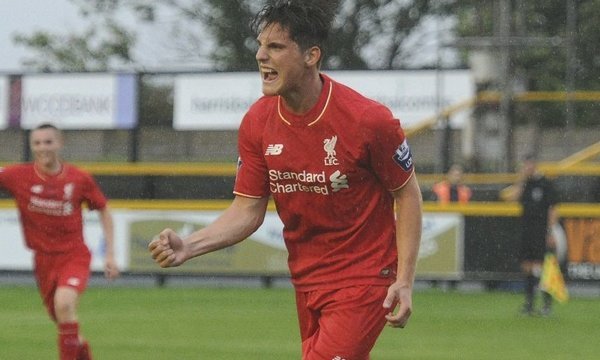 After giving the first team regulars a decent run out in the draw with Chelsea at Anfield on Wednesday night, Liverpool boss Jurgen Klopp is once again expected to switch up his squad when they square off with West Bromwich Albion in the final match of the season. The German manager hasn’t been shy about giving some of the youngsters some time on the pitch and with the Championship season over and young winger Sergi Canos back at Anfield from his loan spell with Brentford, he’s hinted that the Spaniard could feature against the Baggies.

“The earliest plan is that he will be in training tomorrow because he is back,” explained Klopp, speaking to the press ahead of the trip to the Hawthorns on Sunday. “I learn more and more about English football and it’s possible that he is available for Sunday. It’s unbelievable and great. Now we will see how he feels, how he is,” continued the former Borussia Dortmund man. “He did really well at Brentford. He scored in the last game and had a lot of time to play,” continued the Reds boss. “For him it was really good to be there. The Championship is quite a strong league and for young players it is really difficult to go through, but he did well.”

With the Europa League final looming in just under a weeks time, it’s likely that the team that will square off with Sevilla in Basel next week will be the same one that drew with the Blues under the Anfield lights midweek. That, of course, will give the fringe players and youngsters another opportunity to show the boss what they’re working with and possibly work their way into his plans. While it’s extremely unlikely that Canos will get anywhere near the squad that vies for the clubs first European silverware since winning the Champions League back in 2005, the Spaniard will be more than content with a taste of Premier League football — and one of those famous hugs he’s always handing out.

“I want to show Klopp that I’m ready to play for Liverpool and everyday is a challenge so I learn this and I think I can take it,” said the 19-year old when asked about making his first team debut for the Reds. “After every game of Liverpool, Klopp gives a hug to every single player – I want to be one of them, it’s my dream,” enthused Canos. “When I was at Barca I saw the semi-final of Malaga and Borussia Dortmund and I saw Klopp on the bench for Borussia and I was like ‘I hope one day I can work with Klopp’. I have the chance and I want to make it.”