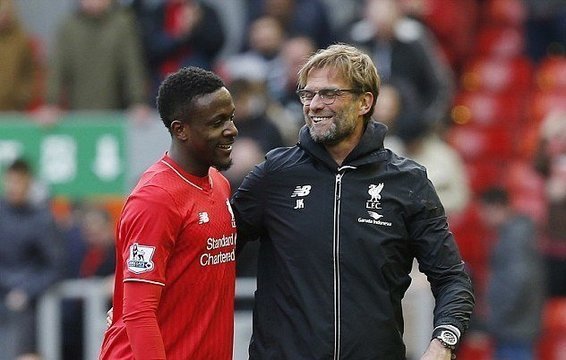 While he’s only expected to be among the subs, Liverpool boss Jurgen Klopp has been handed a major boost with striker Divock Origi returning to the squad just in time to travel with the rest of the team for the Europa League final in Basel on Wednesday.

The Belgian striker, who scored in both legs of the quarter-final meeting with Borussia Dortmund, has been out of action since last month when a foul tempered challenge from Everton defender Ramiro Funes Mori left him with a severely sprained ankle. Having rejoined training only last week, Origi wasn’t fit enough to make the bench for the season closing 1-1 draw with West Bromwich Albion on Sunday, but on the back of his strong performances in Europe, he’s set to be given a shot against defending champions Sevilla.

Now, whether or not he’ll hit the pitch remains to be seen, but the 21-year old has proven he can do the business when Klopp calls him from the bench. It’s expected that the German tactician will stay the course and name the same side that drew 1-1 with Chelsea just over a week ago at Anfield and rely once again on Daniel Sturridge to lead the line.

There will, of course, be some tweaks to the bench. Origi is expected to be joined by club captain Jordan Henderson after the skipper came through a cameo appearance against the Baggies at the weekend unscathed, but there appears to be no room for Danny Ings despite the striker featuring for the first time since October in the draw at the Hawthorns.