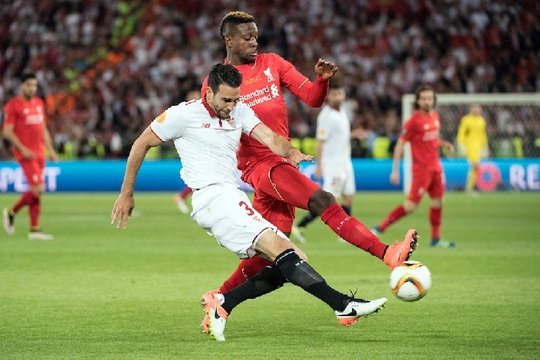 The season may have just ended, but the buzz around Jurgen Klopp’s Liverpool side remains at a peak heading in to what’s sure to be a busy summer in the transfer market for the Anfield outfit. With the likes of FSV Mainz ‘keeper Loris Karius, Udinese winger Piotr Zielinski and even Bayern Munich attacking midfielder Mario Gotze all heavily rumored to be moving to Merseyside, the live betting lines on Liverpool could make for some interesting reading when the new campaign kicks-off in August. That might be months away, but Reds striker Divock Origi is already looking forward to getting back to business.

“With Klopp, we played two finals,” said the Belgian hit-man, speaking to the press ahead of the European Championships in France next month. “We lost them but as a group we have a lot of talent. It’s good for me to play with big players and make steps every day. We’re going to do everything (next season) and I think we have the qualities. It will be an exciting season for us. We have more training time and we have to use it to become better,” explained the 21-year old. “A lot of things have happened this year – a lot of good moments and lower moments. I’ve gained a lot of experience and to be able to play at a big club like Liverpool, and to play in the Premier League – for me, the best league in the world and the most intensive league in the world – was very important,” continued Origi, before adding, “They were all challenges and it was important for me to take this step.”

The youngster broke out on the world stage playing for Belgium in the World Cup in Brazil two years ago and he could very well make himself a household during the Euros this summer. Despite looking unconvincing at the start of the season, Origi went on to split his 10-goals this season between the Premier League and the cup competitions — including two goals against Borussia Dortmund in the Europa League quarter-finals and a memorable strike in the Merseyside Derby that saw Liverpool put four unanswered goals past cross-town rivals Everton. Having picked up an ankle injury in the run up to the Europa League final, there were suggestions that his spot with the Belgian squad could be in jeopardy if he couldn’t prove his fitness in time, but after making a hasty recovery, he was able to play a small part in the Europa League final and is nailed on to make the cut as Marc Wilmots looks to name his team for Europe’s showpiece event.

“I took a little risk playing against Sevilla and luckily for me I didn’t have to regret it physically. I didn’t even feel any pain,” the Liverpool striker told the Belgian press. “I prefer to play through the middle but if I’m here it’s to be of service to the team in the position that they want to entrust to me. I’m sometimes on the wing at Liverpool too or up front but not on my own. But don’t think this question is worrying me particularly,” mused Origi. “I certainly consider myself as a number nine who’s capable of slipping to the wing but ultimately it’s the best who’ll play and who will lead us as far as possible.”