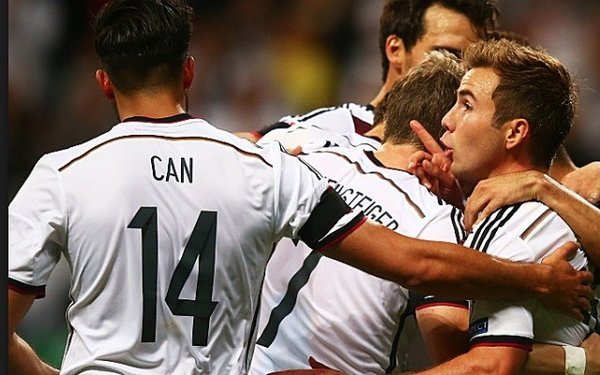 After splitting from previous agency Sport Total over the weekend, reported top Liverpool target Mario Gotze has new representation — and they’re not all too interested in discussing the possibility of him moving to Anfield this summer.

“I don’t know anything about an alleged imminent transfer to Liverpool,” said the player’s father and new agent Jurgen Gotze. “Mario is my son, we talk to each other. I would know about it,” he continued, building on comments made by his son earlier this week. “I look forward to the new season in Munich and will do everything possible to compete in top shape during my first training under Carlo Ancelotti,” said the 23-year old, speaking to German tabloid Bild on Monday.

Finishing eighth in the Premier League and coming up short in the Europa League final against Sevilla means that the Reds are without the significant carrot of European football to offer Gotze or any other potential signings. Despite that, Liverpool boss Jurgen Klopp is expected to bring in a number of new players this summer and with incoming Bayern boss Carlo Ancelotti reportedly telling the attacking midfielder that he should find another club if he wants to play regular first team football, Gotze could still be Anfield bound — something former manager Ottmar Hitzfeld believes would be a good move.

“When I heard that Liverpool and Jurgen Klopp might be interested I thought that was a good idea, because Gotze is a very good player, who could help Liverpool,”he told ESPN when asked about the future of the 23-year old. “They don’t have any similar, technically strong players for the offense,” he added. “Mario Gotze would fit in with Liverpool and Jurgen Klopp, who knows Gotze. He would instantly have a relationship of trust, so it would be a win-win-situation.”