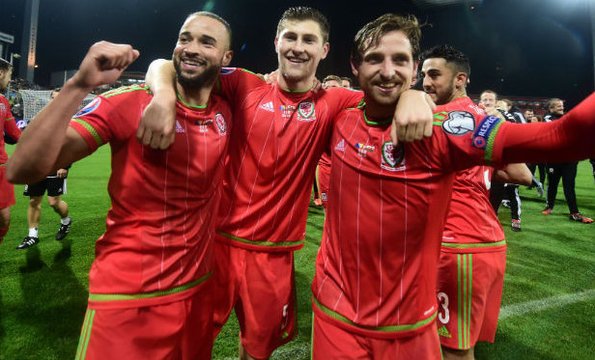 Looks like Liverpool’s terrible luck with players on international duty is continuing as expected; first it was Daniel Sturridge picking up a calf injury that’s ruled him out of the friendly with Australia and potentially the England squad for the European Championships and now it’s Joe Allen being listed as a major doubt for Wales warm-up match against Sweden on the 5th of June with a minor knee injury.

Despite missing out on a chance to put the shackles on Zlatan Ibrahimovic and the rest of the Blagult, the 26-year old is expected to be fit by the time the tournament kicks-off just under a week later when the Dragons square off with Slovakia in their first ever appearance at the tournament.

While he’s almost certain to play an important role for Chris Coleman’s side in France next month, his place in Jurgen Klopp’s Liverpool team is still unknown. With his contract set to expire next summer, talks have yet to commence over an extension. Linked with a return to former side Swansea City and an outside chance of a reunion with Brendan Rodgers at Scottish giants Celtic, there’s no shortage of chatter regarding Allen’s future, but anything official has been in short supply.

“I think it hinges on the pre-season plans and what exactly the club are hoping to do, everything comes into that,” the 26-year old said, speaking from Wales training camp in Portugal. “As a footballer you want to play every minute of every game. That’s been the challenge for me,” he continued, before sweeping aside any further conversation about his contract situation and future at Anfield. “As soon as the season finished with Liverpool I said to myself, ‘I don’t want to have any distractions and I am fully focused and engaged on purely all things Wales’. That’s where I am at the moment.”