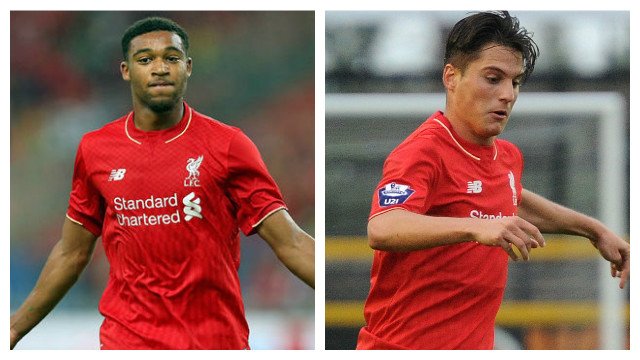 The future of Liverpool winger Jordon Ibe has been widely speculated on since the youngster turned in a less than impressive campaign for the Reds and pictures surfacing on social media of the 20-year old sporting a West Ham United training kit did nothing to quell the rumors linking him with a move away from the club. While there have been the obvious accusations that Photoshop was to blame for the photographic faux-pas, the Liverpool ECHO has confirmed that the pictures are genuine, but they have a far less sinister story behind them.

Supposedly the Reds attacker was having a kick-about in a local park in Essex with Nathan Mavila, a mate of the Ibe’s who is on the Hammer’s books, and borrowed a training kit from him that was worn by France and West Ham superstar Dimitri Payet for the festivities. While his future at the club remains unclear, all the talk of him moving to the Olympic Stadium can be quashed for the time being — along with Sergi Canos’s move to Championship side Brentford.

Although 19-year old remains embroiled in a dispute with the Anfield outfit over a new contract, an agreement between Liverpool and the Bees has apparently yet to be agreed despite reports to the contrary. Canos remains a person of interest around Griffin Park after he scored seven goals while on loan with the Championship club last season, but according to them, a permanent move isn’t on the cards quite yet.

“We’ve not been given any price tag as we’ve not asked that question,” said Brentford boss Dean Smith when asked about the Reds putting a price-tag of £4mil on the youngster. “I was of the understanding that Sergi would go to Liverpool and they’d decide what they’ll do with him,” he continued, before adding, “Until that happens, it’s not something you’ll look into.”