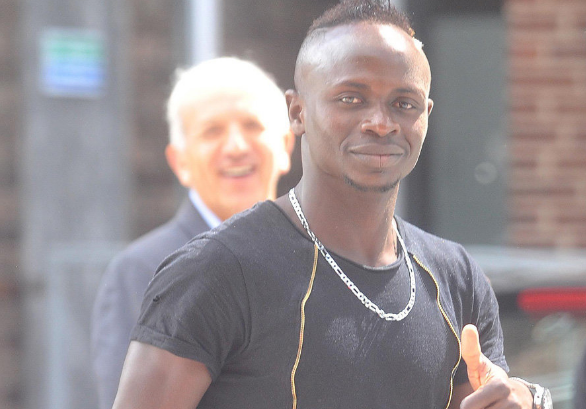 With a fee now rumoured to have the potential to rise to a staggering £38mil agreed between the two sides, Sadio Mane’s transfer from Southampton to Liverpool propelled quickly forward yesterday with the speedy Senegalese attacker snapped outside a Merseyside hospital after successfully completing a medical on Monday morning.

The Reds are expected to make an official announcement either later today or early on Wednesday after terms are finalized with the 24-year old. Mane, for his part, is reported to be keen to work with Liverpool boss Jurgen Klopp and be a big part of what the German manager is trying to build at Anfield. That, of course, is never cheap and without the lure of top level European football, top class players will come at a premium – and they may not be the club’s first choice.

After missing out on Bayern Munich man Mario Gotze, the Reds were forced to explore their list of alternatives and with a proven track record in the Premier League, Mane was apparently the near the top of Klopp’s list of targets. While the Senegalese international doesn’t quite produce the same caliber of headline the German World Cup winner might, what’s important is what happens on the pitch and we’re all well aware of the kind of things the 24-year old can produce.

Details remain dodgy, but if the media have it right, the Reds have made an initial up-front payment of £34.5mil to the Saints with various add-ons potentially growing the fee to £38mil based on his appearances and both their Champions League prospects and how far they go in the competition the following year should they qualify – which gives Southampton another sizable profit from the Anfield outfit as Mane becomes the sixth player to move between the two clubs in past three years.