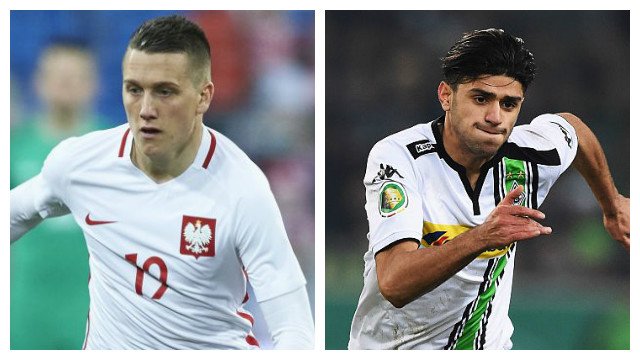 After staging a mutual love in over the past couple of months, Liverpool’s move for Udinese midfielder Piotr Zielinski took a strange turn at the weekend with the Serie A club rejecting a bid in the region of £12mil for the Polish international – despite accepting one from fellow Italian side Napoli for the exact same amount.

Word coming out of the Neapolitan club over the last few weeks was that they were interested in taking the 22-year old to the Stadio San Paolo and that they already had a deal in place to do so, but that the player’s heart was set on a move to Merseyisde. Having spent a serious amount of time talking to the media about how he’s already been chatting with Liverpool boss Jurgen Klopp and how much he looks forward to playing with Reds talisman Philippe Coutinho, we already knew that he’s wearing red tinted glasses.

This latest twist, of course, has done nothing to quiet rumours that Liverpool are going all in for Borussia Monchengladbach youngster Mahmoud Dahoud with a number of media outlets not only confirming that the Reds are interested in bringing the 19-year old to Anfield, but that they’re willing to pay handsomely to do just that. The German side may have already had one high profile departure with their then captain Granit Xhaka jumping ship for Arsenal last month, but they may have to brace for another as the Anfield outfit prepare to part with £25mil for the all-action midfielder.

Dahoud, for his part, has already rejected a contract extension believing that his future lies away from Borussia-Park. Tied to the club until 2018, Dahoud is rumored to be apprehensive about extending his deal with a number of sides – including the Reds – vying for his signature. While they’ve made absolutely no secret of their desire to hang on to the Syrian born wonder-kid, they face the prospect of his value taking a hit should he decide to run his contract down.