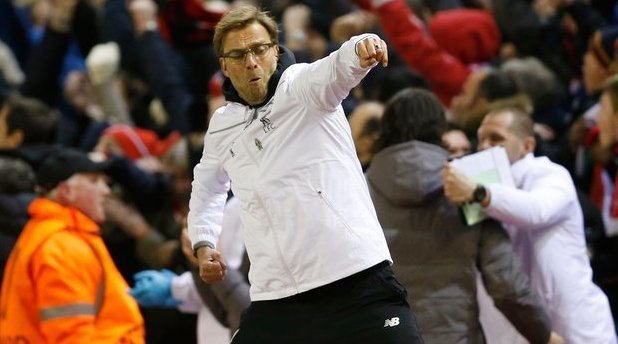 Liverpool boss Jurgen Klopp may have only taken over at Anfield in October, but a number of major media outlets are reporting that the Reds hierarchy are looking to offer him a new deal in an attempt to tie the German manager down for the long haul and put any questions regarding his future off to one side.

His current deal — which runs until 2018 with an offer to extend for an additional season — makes the former Borussia Dortmund and FSV Mainz 05 manager one of the highest paid in the game. While details of what Fenway Sports Group plan to offer him have not been made readily available, it’s believed that his terms would be similar to what they are now, but that won’t be what’s of interest to Klopp.

What will be enticing to the charismatic German is the fact that FSG are willing to make a long term investment in him and in the football at Anfield. That show of faith will be the most attractive thing for him as the American owners try to rebuild the club to former glories. In Klopp, they believe they’ve found their man and they’re willing to do anything they can to hang on to him.

Having lead them to two cup finals during his nine months in charge, Liverpool’s owners and fans alike have got a taste of what Klopp is all about and he’s been a resounding success with both. Investing in the manager is one thing and investing in the squad is a complete other, but even though the 49-year old doesn’t believe in paying over the odds to attract talent, the club appears prepared to back him to the hilt in the market. With four signings under his belt already, the club is set to recruit even more as they look to plot a return to Europe — the perfect jumping off point for a run at the top.