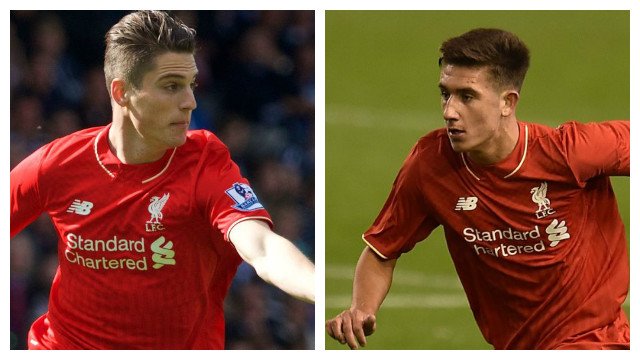 Following stalled contract talks between former Liverpool winger Sergi Canos and the club, yesterday the Spaniard completed a move to Championship side Norwich City for a fee believed to be £2.5mil, with the potential to rise to £4.5mil through various add-ons. Although the Reds wanted to hang on to the former Barcelona trainee, a decision was made to let him leave with a number of clubs interested in his services.

“From the beginning, Norwich showed very good interest and showed that they believe in me,” said the 19-year old, speaking to the Canaries official website for the first time. “I’m very excited to be here,” continued Canos, keen to get down to business. “Carrow Road impressed me, I’ve seen videos of it and it looks an amazing atmosphere and I can’t wait to play there.”

Liverpool boss Jurgen Klopp has been cleaning house this summer; without European football to play, the squad needs to be trimmed and more players are expected to follow Canos out the door in the coming weeks. Who will stay and who will go remains a matter very much open to interpretation and with a number of young players on the books, it’s safe to expect that quite a few will go out on loan. One such player in this position is Cameron Brannagan — while it’s believed that the 20-year old will be given every opportunity to impress during pre-season, he may be heading out to get some experience before September comes.

“I’m only a young lad and loans are a big thing at my age – going out and experiencing what it’s like to play,” the Manchester born midfielder told the Reds official site. “I don’t really know what I’ll be doing yet; I’ll speak to the gaffer about it in my own time and when the gaffer wants to speak to me, I’m happy to talk about it,” he added. “But I’m just going to keep training and working hard, and when the games come try to impress the manager as much as I can. That’s my aim this year – train hard and work hard and see where it takes me.”