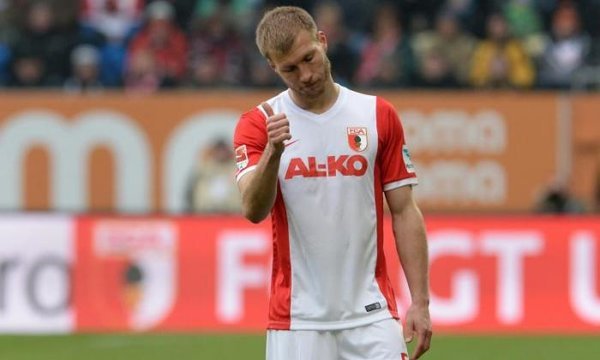 In a move that would have been in the works prior to defender Joel Matip picking up an ankle injury in yesterday’s pre-season win over Wigan Athletic, Liverpool are set to add some defensive cover to their ranks with FC Augsburg centre-back Ragnar Klavan being drafted in for a fee rumoured to be £4.2mil.

While the Reds were widely tipped to be adding a fullback at some point this summer, injuries that will prevent both Mamadou Sakho and Joe Gomez from being fit for the start of the season has forced the hand of the Anfield outfit. Now, Jon Flanagan is being heralded as all the cover they need and the Estonian is bound for Merseyside as Liverpool boss Jurgen Klopp once again looks to the Bundesliga to solve his defensive woes.

Although a loan move similar to the one that saw Queens Park Rangers defender Steven Caulker move to Anfield in January was being debated in the press, it appears the Reds are preferring the permanent approach with a number of respected media outlets reporting that a move is imminent. The veteran defender impressed over both legs of Liverpool’s narrow 1-0 aggregate victory over the German side in last season’s Europa League and considering the circumstances the 30-year old provides good value for money.

Having sold Martin Skrtel to Turkish side Fenerbahce and released seasoned defender Kolo Toure, recruiting Klavan also adds some much needed experience to what’s an extremely young side. By the time the Reds start the season with a trip to Arsenal, Tiago Ilori will be with Portugal at the Olympics — a move that has caused some significant headaches on Merseyside. Now, that appears to be sorted with the 30-year old providing the German manager with sufficient cover for the mean time with the future of both Andre Wisdom, who failed to impress during a loan spell with Norwich City over the previous campaign, and Lucas, who has been deployed as a makeshift defender on more than one occasion, uncertain.