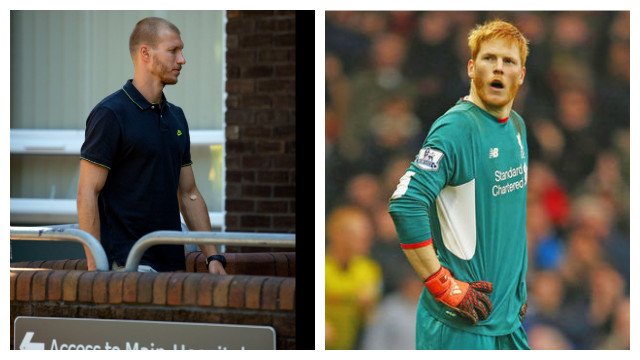 Right on time and just as expected, FC Augsburg defender Ragnar Klavan has been spotted in Liverpool on his way to the Spire Hospital in Mossley Hill to undergo a medical with the club ahead of a £4.2mil move from the Bundesliga side. The Reds leave for their pre-season tour of the United States in the early hours of Thursday morning and the Anfield outfit are hoping to have all formalities out of the way by that point so the experienced Estonian will be able to bed right in to the squad.

The story has been repeated a number of times since Liverpool’s interest in the veteran centre-back broke on Sunday night — with Mamadou Sakho and Joe Gomez both injured and Tiago Ilori set to leave for the Olympics, Reds boss Jurgen Klopp has found defenders in short supply and Klavan has brought in as much to make up the numbers as he has to add some experience to a young squad.

As one comes in, another goes out and newly promoted Championship side Wigan Athletic look to be the beneficiaries of Liverpool no longer requiring the services of ‘keeper Adam Bogdan with the Hungarian poised to move to the DW Stadium on a season long loan after only one season on Merseyside. Brought in on a free transfer from Bolton Wanderers last summer, the 28-year old was supposed to add increased competition for incumbent shot-stopper Simon Mignolet, but a number of high profile errors saw him slip quickly down the depth charts only to be eventually replaced by youngster Danny Ward.

The signing of Loris Karius from FSV Mainz 05 has brought Mignolet’s spot in the starting eleven in to question, but that’s a conversation for another day. Ward has now been farmed out to Huddersfield Town town on loan and Bogdan is now expected to follow the Welshman out the door. While there’s been no confirmation from either club at this time, the Hungarian is reportedly in town completing a medical and it’s expected that the deal will be done and announced by the end of the week.