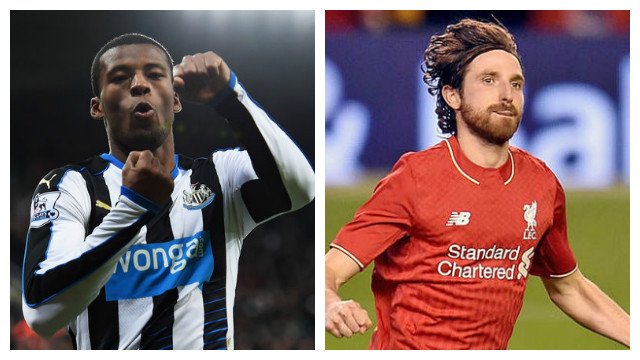 It looks like another case of one comes in and one goes out; after featuring in yesterday’s 2-2 draw with Doncaster Rovers, it looks like Liverpool target Georginio Wijnaldum has played his last game for Newcastle United with a number of major media outlets reporting that the two sides have agreed on a £25mil fee for the want-away Dutchman.

The payment schedule appears to have been the sticking point with the Magpies demanding one lump sum payment, but the Reds have found a compromise with an initial fee of £23mil guaranteed and an two additional £1mil add-ons based on appearances and other non-specified targets. Although the Anfield outfit would have preferred to have the deal wrapped up before they left for the United States early this morning, the 25-year old is set to link up with the squad after having a medical on Merseyside tomorrow.

While you’d expect the Wijnaldum news to be the big one of the day, there appears to be more movement at Liverpool with reports circulating that the club have accepted Stoke City’s bid of £13mil for Reds midfielder Joe Allen. The Welshman has only a year left on his contract and with negotiations over a new deal yet to open up, speculation is rife that he could make a move this summer. Having impressed for the Dragons at the European Championships in France, his stock has risen considerably and though a deal with the Potters could be in the works, more bids are expected with Swansea City and Sevilla both interested in his services.

“I feel good about Joe,” said Liverpool boss Jurgen Klopp when asked about the Welshman’s future following their win over Huddersfield Town yesterday. “I like the guy and I really think he is a wonderful football player. I knew this before the European Championship, I saw it during the Euros and I know it now,” continued the German, staying non-committal and refusing to comment on any bid. “It is nothing to discuss in public, I’ve not seen him since the middle of May in Basel.”