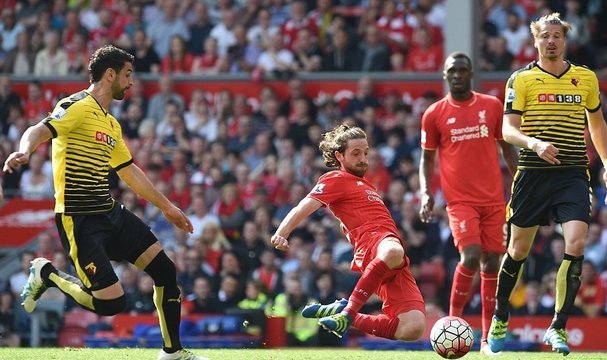 Liverpool midfielder Joe Allen might be set to hold talks with Stoke City after the club accepted a bid of £13mil from the Potters for the Welshman, but Swansea City haven’t given up hope that they’ll be able to bring the 26-year old back to the Liberty Stadium. Jacks chairman Huw Jenkins has already confirmed that they’ll be in the running for his signature — a sentiment echoed by the ownership group.

“He is certainly someone we have discussed,” said American investor Jason Levien. “Thinking about how additions to the club will fit in with the current structure is something we spend a lot of time on, and he is someone who obviously has a great history here,” he added. “He is still a young player. He is someone who multiple clubs are interested in, us included.”

All signs point to Allen’s time at Anfield drawing to a close. With only a year left on his contract and talks over a new deal yet to take place, he’ll almost certainly move on this summer. Swansea, for their part, have made no secret of their interest in re-signing the 26-year old, but they’ve yet to make a move — and could end up missing out should he decide to make the move to the Britannia Stadium.

“Huw (Jenkins, Swansea chairman) and I are in ongoing discussions,” added Levien, remaining coy on whether or not they’re ready to submit a concrete offer for the midfielder. “We are leaning on his (Jenkins’) wisdom, and also the right kind of process to figure out whether that’s the right addition for us, but he is someone we have our eye on.”