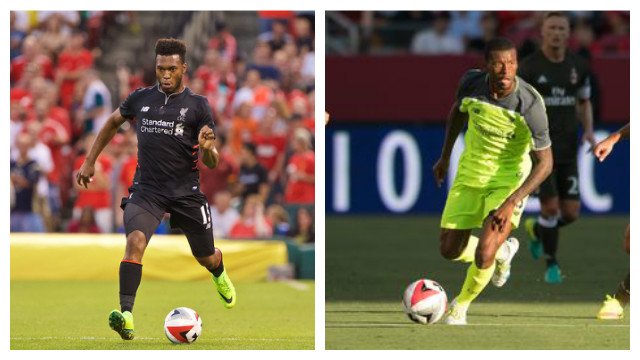 With his fitness finally back in order after two seasons spent mostly on the sidelines, all eyes will be on Liverpool striker Daniel Sturridge when the season kicks-off against Arsenal in just under a fortnight. While the real question is whether or not he’ll keep his place in the starting eleven with upstart youngster Divock Origi gunning for his place on the team-sheet, the Birmingham born hit-man only wants to talk trophies.

“Getting some silverware is the aim for me this season. That’s what I’d love to do,” said the 26-year old when asked what he’s looking to accomplish during the coming campaign. “We want to be as successful as possible. The main aim is to win trophies with Liverpool,” stressed Sturridge. “That’s all I’ve wanted to do since I’ve been here. We have been so close to winning the Premier League, so close to winning two finals, but this year is the year when we have to try and win that trophy,” enthused the Reds striker. “I will let my feet do the talking. You guys have known me a long time and know I believe in myself.”

As their team fell short at the final hurdle, Kopites around the world could only watch on as Manchester City lifted the League Cup and Sevilla claimed their third Europa League title on the trot. Having missed out on securing any European football this season, Liverpool will have less games than usual to contend with, but that will also mean that competition for places will be as fierce as ever as Reds boss Jurgen Klopp tries to make sure that doesn’t happen again. It, of course, will also give them an outside shot of taking a run at the title — something that new boy Georginio Wijnaldum won’t rule out.

“Of course we can be serious challengers,” he told the Liverpool ECHO. “If you play for a club as big as Liverpool you always have to be trying to win trophies – that always has to be the aim. You’re never going to be happy with eighth or ninth here. You have to go for titles,” explained the Dutchman. “That’s the dream for me to help Liverpool create more history and I will do everything I can for that,” added Wijnaldum, daring to dream. “If Leicester can do it then why can’t we? It’s all about the team — that makes a champion, not a signing.”