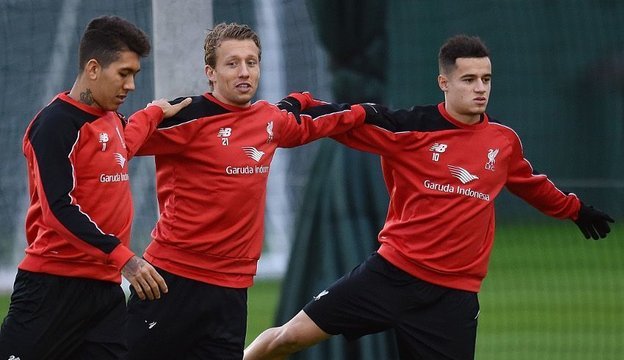 Although it would appear that long serving Liverpool midfielder Lucas has a foot out the door, the Reds appear to be waffling on letting the 29-year old make a move to Turkish club Galatasaray with the club going through a bit of a defensive crisis.

While it’s believed that neither the club nor the player himself are pushing for a move, the Lions have made no secret of their desire to bring the Brazilian to the Turk Telekom Arena having already publicly declared their interest in the combative midfielder and had a loan offer for him turned down. With the likes of Mamadou Sakho, Joel Matip and Joe Gomez all sidelined through injury, Liverpool boss Jurgen Klopp could be forced to hang on to Lucas as a makeshift central defender until at least a little closer to deadline day, but it sounds like that won’t work for the SuperLig giants.

“We have an agreement with Liverpool over the transfer of Lucas, but they are having second thoughts because of a number of recent injuries,” said Lions sporting director Levent Nazifoglu when asked about thier continuing interest in bringing the Brazilian to Turkey. “We will until Monday to see what happens,” mused the Galatasaray board member, laying down what sounds very much like an actual deadline. “We will look at other options if the deal is not done by then.”

Liverpool have been clearing house as of late with Allan and Jon Flanagan farmed out on loan and Cameron Brannagan soon to follow. Klopp, of course, hasn’t ruled out bringing in more players as the season opener with Arsenal draws near, but it appears that he’s no closer to sorting out just what Lucas, who is currently nursing a hamstring problem, will be doing quite yet — and if he is in fact surplus to requirements, he may lose the option to hand him off to the Lions if he doesn’t figure it out sharpish.