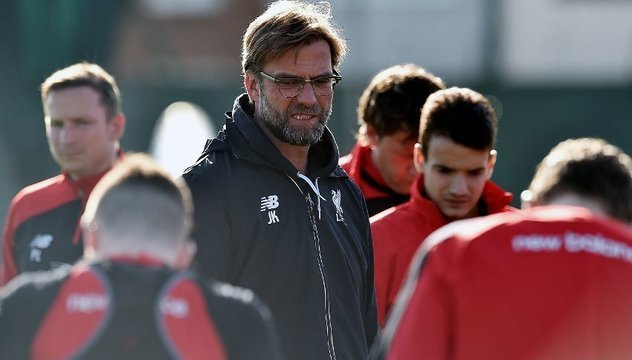 The new season may be just around the corner and the squad could almost be set for the coming year, but less than a week away from the season opener with Arsenal, Liverpool boss Jurgen Klopp revealed that not only is he taking a long term view for the future of the Reds squad, but that he’ll be looking locally for talent.

“First of all it’s about football. It certainly makes sense that we have a big number of English players,” the charismatic German told the club’s official website. “And if there’s a player who is a Scouser and can play football then we should go for him 100 per cent. But it’s not the first thing we should think about,” continued Klopp. “They need to know about the possibility. To say it is one thing, to show it is completely different. These guys know now that if they improve and make the next steps then they will have a real future here.”

This, of course, sounds a bit strange considering he’s sent out Jon Flanagan — arguably the best local lad to emerge in the past couple of years — out on a season long loan with newly promoted Burnely, but when he goes on to explain he thinks the club have a responsibility to help younger players play at the highest level they can, it all makes a bit more sense.

“Even when they don’t have a future here, Liverpool has to create a situation where players who don’t progress to play in the first team, get to play minimum in the Championship and have the potential to play in the Premier League. The Championship is an unbelievable league with intense football,” enthused the former Borussia Dortmund manager. “It’s not that we have 20 players in one age group and 15 of them are only going to be able to play in League Two. It’s our responsibility to help the boys. We judge them. They stay here because they are good but we have to help them go on to have a real career, whether that’s at Liverpool or somewhere else.”