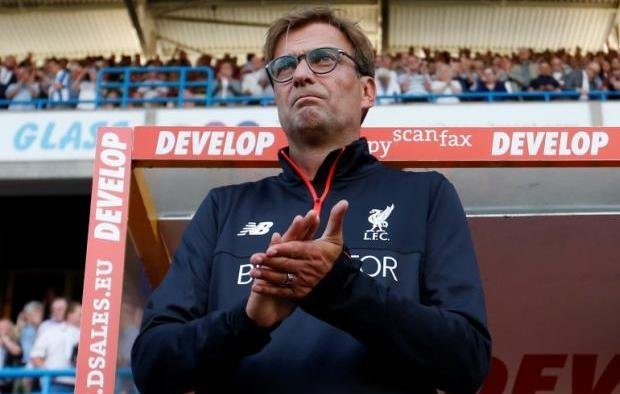 If there’s one thing that’s for certain, it’s that Liverpool boss Jurgen Klopp doesn’t do things half-way; for the German manager, you can either put your best foot forward or chop that useless appendage right off. It’s a blunt, but effective strategy that worked wonders for him during his time with Borussia Dortmund, with the Reds set to open the season against Arsenal on Sunday, that philosophy will be under the microscope from the very first kick of the ball to the final whistle come May.

Having made seven additions to the squad to date with more arrivals not expected, but not ruled out completely, this is no longer the team that he inherited from Brendan Rodgers when the Northern Irishman vacated the Anfield hot-seat last fall following a dismal start to the campaign. This, in effect, is now Klopp’s team — though still one that elicits very little surprise when they trounce Spanish giants Barcelona and even less when they get battered by German outfit FSV Mainz 05 the next day.

As predictably unpredictable as ever, there’s surely something spectacular just over the horizon, but it’s time to find out whether that’s resounding success, abysmal failure or more mid-table mediocrity.

“We’ve already had a few good moments. I’ve seen my players in some games where I’ve thought: ‘Oooof!’” said the manager with his trademark laugh, speaking to the press ahead of the opening day clash with the Gunners. “There were days last season that no-one would have been able to play against us, where nobody would have liked to play against us,” continued Klopp, bringing back memories of thrashing the likes of Manchester City, Chelsea and cross town rivals Everton. “It’s easy for us to remember the bad things, and we suffer that more than we take in the good things,” added the wily German. “I would like that after the new season, we sit and think ‘my god, how amazing!’ I want us to enjoy a really memorable season in the best way. To take in the good things. To enjoy our development.”

While the boss seems reluctant to talk success in terms of trophies and league position, the owners have backed him to deliver on those two very things by throwing their substantial weight behind him with a new six year deal. He may have only been able to wrap up an eighth place finish which effectively ruled them out of European competition for the coming campaign, but it was in the cup competitions that this side truly shined — contesting two finals and coming agonizingly close to winning both.

There’s a different feeling around the club now; the kind of cautious optimism of someone who’s been burned in the past, but doesn’t want that kind of negativity to hold back their future. Knowing full well that a Jurgen Klopp team needs Jurgen Klopp players, the owners have responded in kind with big money moves for the likes of Newcastle United midfielder Georginio Wijnaldum and Southampton speedster Sadio Mane as well as the extremely shrewd additions of Schalke 04 defender Joel Matip on a free transfer, veteran ‘keeper Alex Manninger, up and comer Marko Grujic from Red Star Belgrade, defensive cover Ragnar Klavan from FC Augsburg and goalkeeper Loris Karius from Mainz — a player that could prove to be his most significant addition.

Although he’ll start the season injured, the German ‘keeper is expected to replace incumbent shot-stopper Simon Mignolet in the squad as the team well and truly moves on from the Rodgers era. The Belgian won’t be the only one either; gone are Martin Skrtel, Kolo Toure and Jordon Ibe with Christian Benteke and Mario Balotelli — possibly the two biggest missteps by the Northern Irishman during his time on Merseyside — soon to follow. None quite fit the bill, and though he was never one to use the “these aren’t my players” excuse, the window of opportunity to do so is quickly closing as he shapes his squad to play his brand of football.

“Tonight, it was brilliant, outstanding, wonderful, emotional, everything!” said Klopp, gushing with pride after watching the Reds come from behind to knock his former side Borussia Dortmund out of the Europa League in dramatic fashion. “I will not forget it,” he added without a whiff of the pre-rehearsed nonsense that goes along with being a modern manager. “It’s special.”

As predictably unpredictable as it all may be, his brand of football is our brand of football — the kind filled with dizzying highs, heart shattering lows and the unrivaled pouring down from the terraces. We’re heading for something spectacular; I can’t tell you just where we’ll end up, but we’re going to have fun getting there.

One thought on “A Season Preview; Or: Predictably Unpredictable Liverpool Set for Something Spectacular”