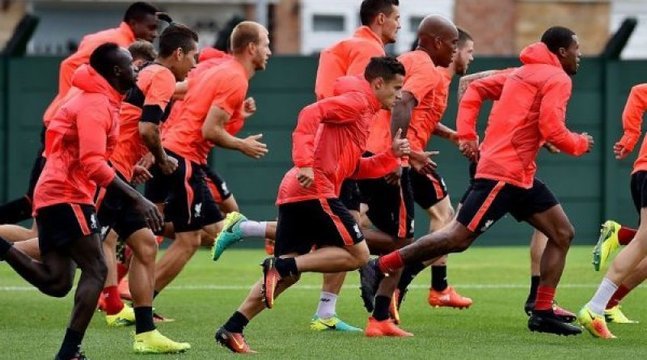 It might be a new season, but in the build-up to Liverpool’s trip to Arsenal on Sunday, the rhetoric coming out of both camps is all sounding very familiar.

If it’s not the hopes for a serious title push, it reassurances that we’ve gotten better over the summer. Arsenal, as per usual, have only made a few changes with midfield general Granit Xhaka the only addition of note while their guests in Liverpool have seen some significant movement with the likes of Joel Matip, Sadio Mane, Loris Karius and Georginio Wijnaldum added to the first team picture.

Surprisingly, that’s not what the conversation has centered around over the last week. Instead, it’s another familiar topic in players that won’t be playing — or could possibly miss out — due to injury that has taken the spotlight. Although the press seem to think the Gunners have it that much worse with a defensive crisis on their hands, the Reds aren’t exactly in tip top shape.

Basically, bro, we’ve both got problems.

“I have no idea what exactly they will do,” said Reds boss Jurgen Klopp in his first pre-match press conference of the campaign. “Maybe [Nacho] Monreal played one or two times at centre-half and then [Kieran] Gibbs can play at full-back. Defence problems, if they have, I think it’s maybe the same,” continued the German manager. “Maybe they will bring a few other players in and Koscielny is back in one or two weeks, or this week — I don’t know. But defensive problems only play a role in a game when the other team is really strong and offensive,” explained the Liverpool man, before adding, “If we would make the first and main mistake, then we’re thinking about if there are defensive problems [for Arsenal]. We didn’t think a second about this. We only think about our play and our game.”

Liverpool are likely to be without both Daniel Sturridge, who suffered a hip injury last week and has only trained sparingly in the days leading up to the jaunt to North London, and vice-Captain James Milner as he nurses a bruised heel. Simon Mignolet will start between the sticks with new boy and expected first teamer Loris Karius recovering from a broken hand. Also missing from the picture will be Lucas, Mamadou Sakho and Joe Gomez as they struggle with hamstring and Achilles problems respectively.

While Liverpool have problems all over the pitch, Arsenal’s are mostly resigned to the back four with Laurent Koscielny, Per Mertersacker and Gabriel among the players that’ll be watching from the sidelines.

“I have a few [defensive] options that we have seen in pre-season,” said Gunners boss Arsene Wenger. “That is basically the players we have available at the moment, who are quite young but have a great desire to do well. “[Rob Holding] played in the Championship and that is a good experience [to deal with one level higher], to have played in the Championship,” explained the Frenchman, keen to reassure the fans that the apocalypse isn’t on their doorstep before switching gears to provide updates on Gabriel, Danny Welbeck and Mertersacker. “He has an ankle problem and will be out for six to eight weeks. It is a bit better than we feared at the start,” he said when asked for an update on the Spanish defender. “We had very good news on Danny’s latest scan and Per is at the moment off his feet for three weeks, so of course it is a bit boring for him. He is with his family in Hannover, but on the football front he is very frustrated. We think it will be four to five months for both players.”

When you’re a top level side, selection headaches are the norm and both managers should be able to navigate this particular bout of injuries without too much bother. With that being said — at least from the side of the visitors — it’s hard to say who is going to make the starting eleven. Klopp has experimented quite a bit with his formation during pre-season and with a new found depth from the bench, the starting eleven isn’t as cut and dry as it used to be.