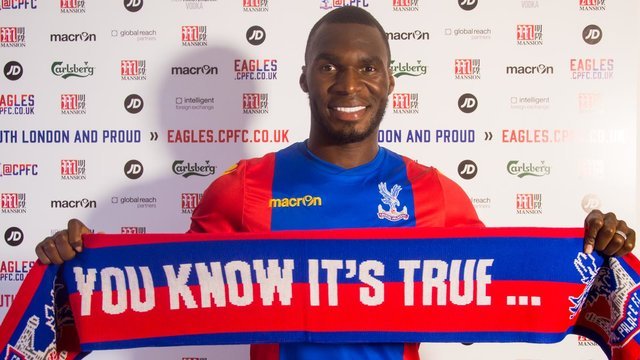 Just hours before Liverpool were embarrassed at Turf Moor at the hands of newly promoted Burnley FC, the club announced that Reds striker Christian Benteke had completed his move to Crystal Palace after successfully completing a routine medical and finalising personal terms with the Croydon club to not only become their record signing, but help the Anfield outfit recoup most of what they paid Aston Villa for him only last year.

“It’s important when you lose iconic players to try to replace them with iconic players. We’ve lost two this week, Mile Jedinak and Yannick Bolasie. Both were massive figures and we will need to replace them with big figures,” said Eagles boss Alan Pardew, speaking to the press after the Belgian put pen to paper on a four year deal. “That’s something that didn’t always happen at [his former club] Newcastle, unfortunately, so I’m pleased the board have been brave with this move.”

Having seen his chances limited after Jurgen Klopp arrived on Merseyside last fall, Benteke hinted on more than one occasion that he’d be forced to consider his future if he remained outside of the Germans plans — and he was given a very clear indication of that during pre-season with the 25-year old failing to feature during what was a packed build-up to the new season.

“I’ve met the manager a few times before I signed and that’s why I wanted to come here,” the big target man told Palace’s official website. “I was really happy to hear about his project and that is why I am excited to come here,” added Benteke. “I did my own research too and there are some great wingers here and because of that I think I can be a success here.”