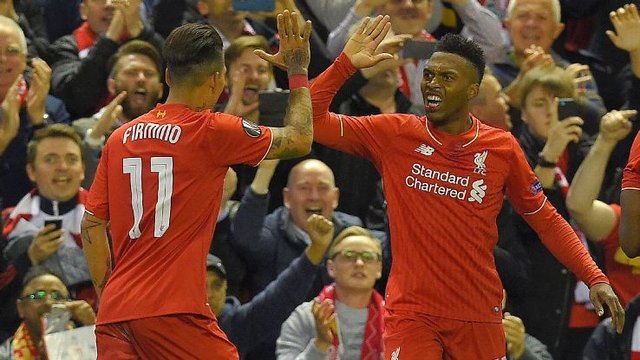 It was a bit of shock when Liverpool named the starting eleven that ran out against Chelsea yesterday with Roberto Firmino, who bagged a brace against Leicester City at the weekend, out of the side with a slight groin strain that no one — save Reds boss Jurgen Klopp and his coaching staff — knew about until just before kick-off in West London.

“This afternoon there were really difficult decisions to make with Roberto [Firmino] – a very good player and it was only a little issue, but I had to make the decision in the end to say it was not possible [for him to play],” explained the German manager, addressing his absence in his post-match press conference. “Everybody said we could take the risk, but I heard the word ‘risk’ too often and so said, ‘no, we can’t take it – Roberto is out’. To leave him out and then the other players play this kind of football is nice,” enthused Klopp, happy to secure his second Premier League win in as many trips to Stamford Bridge. “We played like this last time here and we had only been together three weeks or something,” he said with a smile. “We want to win football games and we cannot care where it is.”

Now, what wasn’t all that surprising at all was that Sturridge — despite working hard in the first half — was subbed off ten minutes after the break with the England man looking leggy. With the hosts enjoying more of the ball and increasingly pressing for a goal, pace up top became paramount and it was obvious that the 26-year old wouldn’t be able to hit as hard on the counter-attack as required. Although he’s starting to look like a player that can really do a job for this team, it’s hard not to remember that he’s still one lacking match fitness after spending the better part of the last two years injured.

I couldn’t see that he could sprint anymore, so that’s why we had to change. We had a healthy, young striker on the bench. That’s all,” said Klopp, waving away suggestions that he’d picked up a knock or tweaked a muscle. “The first half was really good – really good – from Daniel. We need this player there in the centre who we can play with and if there’s a ball behind the line sometimes, so that we can go there and can push up in the last line. I don’t think there is an injury, it is only the situation,” added the Reds boss. “Nobody told me about an injury, so all is good.”