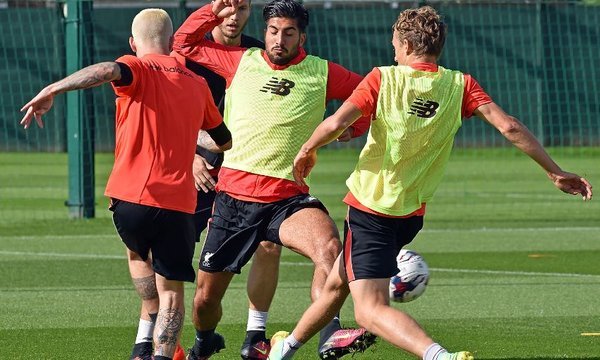 Having won only one of their eight league outings and finding the net only twice during that time, it’s a bit hard to see how Derby County are going to handle Liverpool when they visit Pride Park tomorrow in the Third Round of the League Cup. Reds boss Jurgen Klopp may not admit to the often huge gap in quality between Premier League and Championship sides, but after thrashing second tier Burton Albion in the last round, there’s no question that the struggle is real.

Squeaking past League Two side Grimsby Town in the first round and navigating a marathon penalty shoot-out with Carlisle United to make their way through the second, Rams boss Nigel Pearson has no illusions that a giant killing is just around the corner with the former Leicester City boss giving a typically blunt assessment of their chances of taking their visitors to task.

“They are a quality side,” said the Rams boss, who would have been a keen observer as Liverpool wiped out Chelsea only a few days ago. “We are going to have to be at our best, and them nowhere near their best for us to progress – that is the reality of it and that is what cup competitions are about,” explained Pearson. “First and foremost, it is about us assessing the squad again and seeing who is injured and who is not,” he continued, before going on to confirm that they’re going to have to shake things up a bit. “We have a couple cup tied, so there are going to be changes.”

That, of course, isn’t the best news with the club going 400-minutes without a goal until Ikechi Anya, who will be miss out along with Matej Vydra, struck late in the first half to break the drought in the draw with Bristol City at the weekend. Injured duo Jason Shackell and Johnny Russell will also be in the stands with the meeting with Liverpool coming far too soon for them, but Manchester United loanee James Wilson, who is a doubt after taking a knock on the knee, will be a late decision as Pearson confirmed they’ll keep an eye on the 20-year old in training in an effort to name their strongest side possible.

To be fair, Derby are going to need to if they want to stand a chance. Roberto Firmino, who missed out on the trip to Stamford Bridge with a slight groin strain, is back in training, but Klopp could still go with Divock Origi up top with the Belgian putting in a steady performance after replacing Daniel Sturridge just before the hour mark in West London. The likes of Danny Ings, Emre Can, Alberto Moreno and Kevin Stewart could also play a part and Loris Karius, who has been widely tipped to replace Simon Mignolet, could be handed the spot between the sticks after returning to full training earlier in the month. Either way, the German manager has already confirmed that they’ll be naming a strong team; he isn’t one of those managers that uses the early rounds of the domestic cups to experiment or to blood all the kids at once — he really wants to win this thing.

“It makes only sense to have the aim of winning it,” said Klopp, having guided his team to the finals last season. “We have a real competitive game versus a strong side,” continued the boss, having already said he watches a lot of Championship football. “Being part of a final is only great if you win it. It is not about talking about trophies, it is about getting as close to winning them,” he added, reiterating his intentions to make a run at the League Cup. “It doesn’t help to talk about it.”

So, let’s stop talking about it — enjoy the rest of your day.