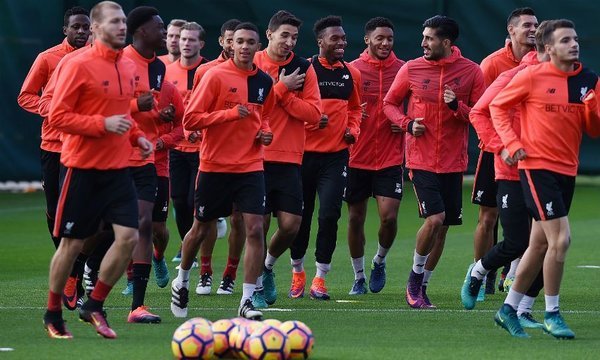 Visiting a ground that’s been less than favorable to us over the years to face a team that’s been our undoing on more than one occasion who now boast a striker that loves to score against us that we sold to them — does that sum up Liverpool’s meeting with Crystal Palace at Selhurst Park tomorrow, or do I need to write another couple hundred words?

Maybe it’s a match that on the back of a ten game unbeaten streak you’d expect the Reds to walk away with, but nothing is ever straight forward when we face the Eagles or their manager in Alan Pardew for that matter. The obvious headlines all revolve around Christian Benteke and his departure from Merseyside for Croydon after falling immediately out of favor at Anfield following the arrival of Liverpool boss Jurgen Klopp and it’s not for a lack of a story. The Belgian, during his time with Aston Villa, was a constant tormentor and there’s nothing to suggest that anything will be different following his move to South London. If they come out on top tomorrow, you can be almost certain that he had a massive influence on the result.

Benteke, of course, bagged a controversial winner in this very fixture last season which only adds an extra layer of intrigue to proceedings. With three-goals to his name thus far this season, the 25-year old is sure to be central to Pardew’s plans on one end of the pitch, but the return of club captain Scott Dann at the other and the influence of Joe Ledley in the middle of the park could prove far more pivotal.

Klopp, on the other hand, will also be able to recall his skipper with Jordan Henderson having served a one match ban in the League Cup win over Tottenham Hotspur earlier in the week, but unlike his counter-part in Pardew, it’ll likely be the changes at the front rather than the back that will have the most effect. Having shuffled his pack completely in the draw with Spurs, both Loris Karius and Joel Matip are expected to be restored to the starting eleven, but it’s the front three of Philippe Coutinho, Roberto Firmino and Sadio Mane — who has scored in three of his four meetings with Palace — that will are likely to write the headlines.

“In Spain at the moment it is really close too, but yeah it’s a specific thing of England,” said Klopp in his pre-match press conference, expanding on the Premier League title race with the Reds very much in the thick of things. “Usually, in most of the most of the [Premier League] seasons, then I think at a lot of times it was tight. We have not to think about it, we only have to collect points and think about your own situation – the rest is not important,” explained the German manager, waving any suggestions that they’ve got a bit of an easier match this weekend. “You always have a difficult opponent to play, you need your full concentration and that’s what we try to do.”

And concentration is exactly what we’re going to need tomorrow. Things are unlikely to be quite as disastrous as giving up a 3-goal lead and seeing your title chances evaporate in a cloud of vodka and disappointment, but with the title race as tight as it is, losing any ground at all can be absolutely huge. Add to that the Benteke angle — who will only be extra motivated to put one over on us — and things can go South real quick…