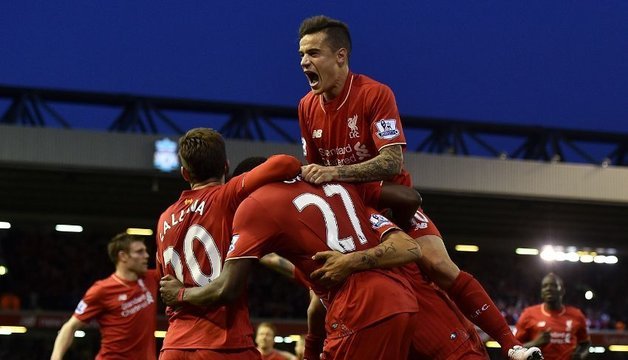 There is no question that in recent decades Liverpool have become somewhat of a feeder club. Putting it down to lack of domestic and European success in the past 10 years. It has been in Liverpool’s nature to produce footballers at a higher level than the stature of the clubs’ success over the recent years.

Can Jürgen Klopp change that?

As we all know, and are greatly proud of it, the Reds are the most successful team in England without a question. Though we have come short to a League Title only twice in 8 years with just the one domestic cup won in that time, Liverpool have found themselves in a position of losing key players to the giants of Europe.

In the turn of the Millennium after great success in winning the treble (FA Cup, League Cup, UEFA Cup), academy graduate Michael Owen was the first key player to leave Liverpool for Real Madrid in 2004. In 2009, following a title challenge season, one of Liverpool’s key players in Xabi Alonso left Anfield for the Santiago Bernabeu where he enjoyed great success with Los Blancos. After the departure of Alonso, the Reds have lost crucial players such as Javier Mascherano, Fernando Torres and most recently, Luis Suarez, primarily down to the lack of capability to offer silverware; and since their departures, have all found success.

Liverpool are in danger yet again of losing another vital player of the squad in our Little Magician and outstanding performer so far this season, Philippe Coutinho. After a classic Coutinho goal for Brazil against Argentina, there has been more speculation that the 24-year-old could be set for a move to La Liga with interest from both Barcelona and Real Madrid.

Liverpool, and Coutinho in particular, are enjoying an impressive run of form sitting top of the Premier League with 26-points. The Brazilian has been a key player under Reds boss Jürgen Klopp after scoring 5 and making 5 assists in the opening 11 games. With Coutinho on the radar of Barca and Real Madrid and having the appraisal of former Barcelona midfielder Xavi, Klopp could be the determining factor weather the Brazilian stays or goes.

The key question that stands out most is, why would Coutinho not want to play for Liverpool Football Club, and under a great manager in Klopp? The Reds boss had his say on the speculation of the Brazilians potential departure from the club, stating, “We have to create an atmosphere in and around the club where no-one wants to leave”. The German seemed fairly confident that the 24-year-old would not be leaving the club, “At this moment I am not worried about anything. The players like to be here and it is our job to make sure it stays like this.”

Currently, there has been no sign of unhappiness in his football under the German manager. With the atmosphere that is being created around Anfield at the moment, I highly doubt that Coutinho would want to miss out on what Liverpool could potentially achieve under Klopp. Though it had paid off in the past for the likes of Alonso, Torres, Mascherano & Suarez, leaving Anfield may not be the right choice for our Little Magician.