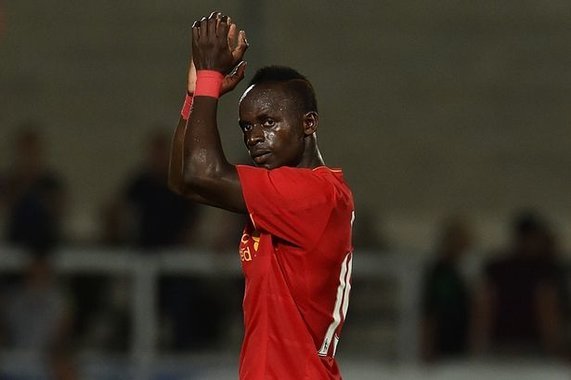 We already know that Liverpool attacker Sadio Mane is in contention for the rather prestigious BBC African Player of the Year award, but the Senegalese international has now doubled down on his chances of being named the continents best footballer with a nomination from the Confederation of African Football for an altogether different African Footballer of the Year award.

The prize, which was won by Manchester City midfielder Yaya Toure for four years on the hop before the big man was dethroned by Borussia Dortmund striker Pierre-Emerick Aubameyang last time out, has been presented by the CAF since 1992 and has a alumni that reads like a who’s who of African footballers. Samuel Eto’o, Didier Drogba, George Weah and Nwankwo Kanu have all been recipients in the past — which shows you just how difficult it’s going to be for Mane to add his name to that list.

Along with the pacey Senegalese attacker, Aubameyang is back in contention along with AS Roma man Mohamed Salah and Leicester City duo Riyad Mahrez and Islam Slimani. Regardless of whether he comes out on top or not, it shows a remarkable rise for a player that only a few short years ago was plying his trade in Austria.

“I have said a lot of times, I’m not a genius so I couldn’t exactly imagine the Austrian League where he was playing. I have made more mistakes in my life like this actually,” said Liverpool boss Jurgen Klopp, reflecting on being left frustrated in his attempts to sign Mane for Borussia Dortmund before Southampton stumped up the cash to bring him to the Premier League from Red Bull Salzburg. “But I think he would have been more expensive if we had taken him to Dortmund and then he had been sold to Liverpool, so it was all good for Liverpool!” he added with his trademark laugh. “The more I think about it, it was my first Liverpool decision, even if I didn’t know it – nice!”