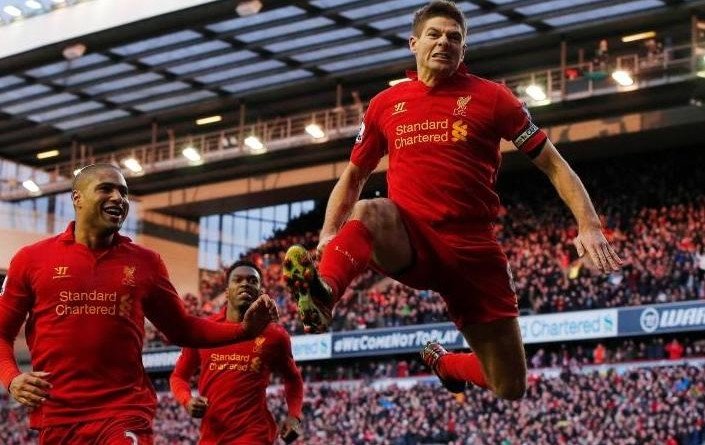 Although he’s got offers on the table from a host of major clubs to extend his time on the pitch, Liverpool legend Steven Gerrard has decided to call him on a storied career that’s spanned 19-years and saw the 36-year old claim nine trophies — including the Champions League — in his 710-appearances for the Reds.

“I feel lucky to have experienced so many wonderful highlights over the course of my career,” said the former Liverpool captain. “I have had an incredible career and am thankful for each and every moment of my time at Liverpool, England and LA Galaxy,” added Gerrard. “I fulfilled my childhood dream by pulling on the famous red shirt of Liverpool.”

Going on to be arguably the greatest player in Reds history after standing on the Kop as a child, a role with the Anfield outfit in the future is more a forgone conclusion than it is a question, but for now, the 36-year old will continue as a pundit for BT Sport as he looks to navigate his next step. Just what that might be remains to be seen, but for their part, Liverpool have confirmed that the door will always be open with whispers of a role at the academy or in Jurgen Klopp’s coaching staff already doing the rounds.

“I am proud to have played over 700 games for Liverpool, many of which as captain, and to have played my part in helping the club to bring major honours back to Anfield, none more so than that famous night in Istanbul,” continued Gerrard. “I was lucky to play alongside some great players and under some fantastic managers during my time at Anfield and would like to thank each and every one of them, as well as all of the backroom staff at the club throughout my time there for the fantastic support they showed me.”