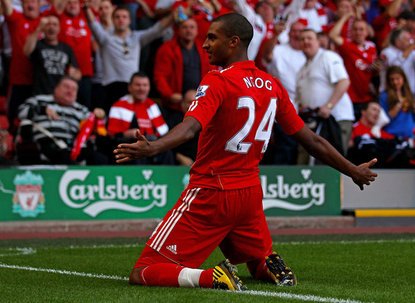 It’s been fifteen years since Leeds United bettered Liverpool 2-1 in the Premier League. After that, The Reds won all but two of their six league clashes with Leeds – drawing the other two.

The last time both sides clashed was in 2009, in the League Cup, when Rafael Benitez’s Liverpool were 1-0 winners at Elland Road with David N’Gog – remember him? Of course you do – scoring the only goal of the game.

The Mighty Reds are back in the fifth round of the EFL Cup again – otherwise known as the quarter finals, there are currently only eight teams left.

If you’re anything like me, it’s likely you’ll look out for the “big teams” left in the League Cup after paying no attention to the competition apart from Liverpool’s fixtures.

The “big teams” left, besides us, are Arsenal, West Ham, Southampton and, if you even consider them a big team anymore, Manchesterinho United.

Luckily, Arsenal have got Southampton and United have West Ham! The other quarter final is a face-off between Hull City and Newcastle.

Leeds come into the game following a bout of fine form, only losing to high-flying Newcastle in their last six games – four of which they have won.

A win at Elland Road would put Jurgen Klopp one step closer to getting Liverpool to three finals in almost-two-years time. We couldn’t lose three finals on the bounce, right?

Let’s not get carried away. We have a semi final to play before that. And before that we need to dispatch Leeds in their own back yard.

SARCASTIC “BREAKING” NEWS: Phil Coutinho will not be available. He’s out for around a month and a half. Saying that, I doubt he’d have been used for this game anyway.

Roberto Firmino is fit, after a brief injury scare the other day, but Daniel Sturridge still has no return date from his latest injury.

Trying to predict Liverpool’s starting team will be difficult. We’ve only just had a game, at the weekend, and Klopp will likely rest some important players against Leeds.

I do think, however, we’ll see the return of Alberto Moreno and, following his cameo against Sunderland, it could be anticipated that Ben Woodburn will have a role in the upcoming fixture.

Ovie Ejaria and Kevin Steward are likely to play a part too. Klopp seems to like them both and this is the perfect kind of game to give them some time on the pitch for the first team. The same could be said for Trent Alexander-Arnold, Sheyi Ojo and Marko Grujic.

I, personally, would love to see Grujic smash one in from 30-yards and loop a header over Rob Green on Tuesday night.

Liam Bridcutt and Pablo Hernandez are missing for Leeds through injury but Gary Monk welcomes Pontus Jansson back into his side, following a suspension.

Klopp’s men will need to be wary of Leeds. They will want to extent their cup run even further and may field their strongest possible lineup in an attempt to cause a major upset at Anfield. 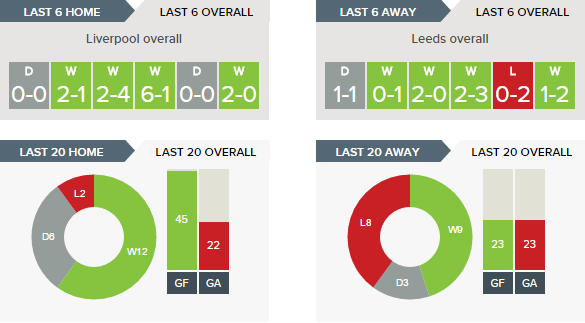 Leeds love a clean sheet as much as Liverpool – in that both teams seem to want to out-score the opposition in favour of defending to their full ability.

To make a prediction on this game I’m going to have to make an assumption… I think Liverpool will field a relatively inexperienced side featuring the likes of Ojo, Ejaria and Alexander-Arnold.

Furthermore, I think that Leeds will go for it; they will field their strongest possible side. Getting to the semi-finals of the League Cup is a much larger achievement for them than it would be for us.

With that being said, I predict that there will be a lot of goals at Anfield on Tuesday night. Neither side will be scared of the other in an attempt to out-score each other.

And it’s with that logic that I predict Liverpool will win in a very nervous fashion.

Leeds will score two goals at Anfield – I bet – but Liverpool’s strikers will force Green to pick the ball out of the back of his net at least three or four times.

For those who took one look at the sub-heading and scrolled down to see a scoreline:

If you’d like to strongly disagree with me or remind me of what I’ve written after Rob Green scores an overhead-kick to reveal a shirt reading “shut up, Steven,” you can find me on Twitter – @StefanoHairon.