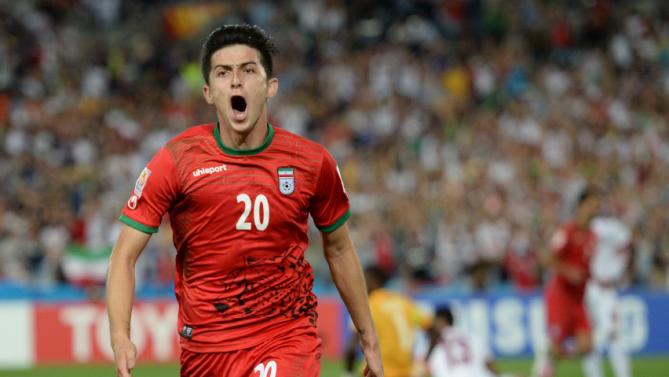 The transfer window is still a month away from opening, but there’s been no shortage of rumours linking Liverpool with a whole host of players. Although Reds boss Jurgen Klopp has been quick to dampen the expectation that the club will dip in to the notoriously expensive January market, an injury to Philippe Coutinho and Sadio Mane’s participation in the Africa Cup of Nations could force his hand. While the club is being tipped to make a move with a certain kid from Borussia Dortmund, the wily German manager could be looking to Russia for reinforcements with highly rated striker Sardar Azmoun apparently on his radar.

“Ajax, PSV or Liverpool? I have not received any offers,” the man dubbed the “Iranian Messi” told the press when asked about his future at FC Rostov. “If there are, then I’m going to take my time to look into it, whether it’s come from Liverpool or other clubs.”

Potting goals against the likes of Spanish heavyweights Atletico Madrid and German juggernauts Bayern Munich in the Champions League, Azmoun’s stock has risen substantially this season despite struggling on the domestic front with only a pair of goals in 13-appearances for the Russian side. While Klopp has hinted that he could give the youngsters a shot to impress if injuries crop up, it’s believed that the Anfield outfit are still keeping a close eye on Azmoun.

“I read about the interest in Sardar from Liverpool, but I can say that at present there have been no formal proposals from either foreign or Russian clubs,” said his representative Mehdi Hagitali earlier in the month. “Now his main goal is to become the best striker in the Russian Premier League,” added Azmoun’s agent, going on to explain his close working relationship with the hierarchy at FC Rostov. “Kurban Berdyev is like a father-figure, and he would like to work with the coach. If some proposals come, we will look at them.”