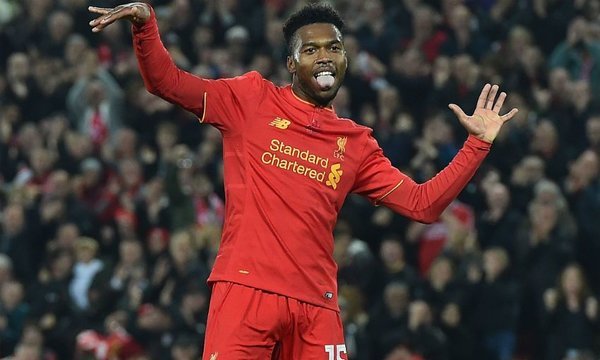 There might be a number of stories circulating about Liverpool striker Daniel Sturridge being unhappy at Anfield and the clubs that want to whisk him away from all that trouble, but Reds boss Jurgen Klopp isn’t reading from the same book and has dismissed any notion that the 27-year old will be leaving the club in January.

“I think you and your colleagues create stories where there is no story and then ask me about the story which is no story,” explained the German manager, sounding more than slightly annoyed. “There is absolutely no thought to sell any player of the first-team squad,” added Klopp, putting aside suggestions that the highly rated, but injury plagued hit-man, could be allowed to leave when the transfer window opens. “I don’t think it would make sense.”

The likes of West Ham United, Southampton and Italian side AC Milan are all rumoured to have an interest in Sturridge, but if what the boss says is true, they might as well start looking elsewhere. With Philippe Coutinho injured and Sadio Mane participating in the Africa Cup of Nations, Liverpool will be short-handed in attack, but the hope is that the 27-year old can help bridge that gap. Of course, that means he’ll have to get fit first. Carrying what’s being described as a “minor calf strain”, Sturridge missed the win over Sunderland at the weekend, the League Cup quarter-final clash with Leeds United on Tuesday and will not be in contention when Liverpool travel to the South Coast to square up with AFC Bournemouth on Sunday.

“Unfortunately, Daniel is not in training [at the moment],” confirmed Klopp, looking ahead to the meeting with the Cherries this weekend. “That’s the thing I’m more concerned about than any transfer rumours,” continued the German, regaining his cool and rediscovering his charm. “I’m prepared for January and all the things you could ask — it will be funny, I’m sure.”