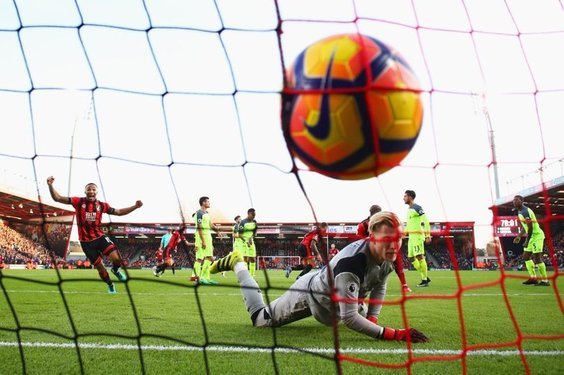 The undue criticism of Liverpool ‘keeper Loris Karius has cranked up a notch with Bournemouth defender Steven Cook admitting that the German was targeted as a “weak link” in the Reds set-up. Now, whether or not you think the witch hunt is a tad premature is your business, but former Liverpool shot-stopper Pepe Reina — a man who knows a thing or two about keeping a clean sheet — isn’t having any of it pointing to problems up-field that are contributing to their defensive woes.

“I think he doesn’t need any encouragement. I think he’s a brilliant goalkeeper who is doing really well,” said the Napoli goalkeeper. “It’s a team, you know, that also at times has to do better for the goalkeeper,” explained Reina, before throwing his backing behind Jurgen Klopp’s side. “I think they will do really well this season and I’m happy for them.”

In the wake of their 4-3 loss to the Cherries, the Liverpool manager has insisted that he has “no concerns” with his compatriot and all signs point to him being in net when West Ham United visit Anfield on the weekend. Having only arrived at Anfield during the summer, Karius is still getting used to the rigors of Premier League football — something that even the best players can have problems doing.

“Look what happened to David De Gea when he first went to Manchester United. He was getting regularly crucified for his performances, saying he wasn’t good enough, and now look at him,” ex-Reds ‘keeper Chris Kirkland told talkSPORT, talking about Bournemouth’s surprise win. “The fourth goal, for me – and only goalkeepers will probably understand this – everyone probably thinks it’s easy, you’ve just got to catch it. But it’s not as a straight forward a save as it seems. Yes, he’s spilled it and yes it’s a mistake, but to deal with a shot which has pace, dip and swerve, they’re the hardest saves,” empathized the Englishman. “He’s only young and he has to learn from this, but being at a club like Liverpool, it means you have to learn quick.”