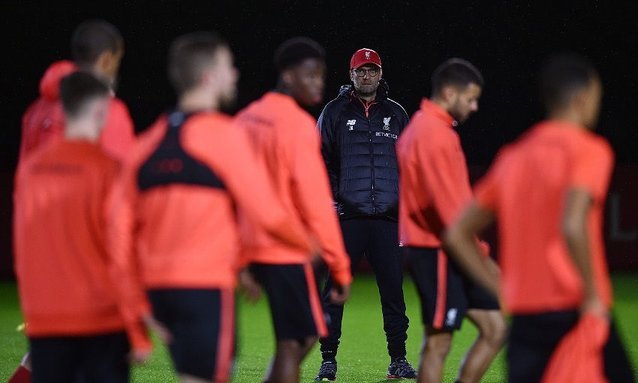 Well, well, well, we didn’t expect that did we? Last weekend, Liverpool threw away a 3-1 lead against Bournemouth to end their fifteen game unbeaten run.

So how can we recover? Easy. The last time we lost away from home we went on an unbeaten run for over two months and this weekend’s opposition is the very fragile West Ham United.

Arsenal and Chelsea are currently four points ahead of Jurgen Klopp’s men and, following Manchester City dropping points at Leicester, it’s vital that Liverpool get back to winning ways.

I’m quietly confident going into this game – even though last weekend I said:

Oh dear – what an idiot.

That being said, Liverpool’s recent form against West Ham has been pretty abysmal to be honest; from the last four meetings, we’ve only managed one draw and three losses.

The last time the Reds overcame the Hammers was at Anfield in January, 2015, in a 2-0 victory where Raheem Sterling and Daniel Sturridge scored.

Not what you want to hear, really, considering Raheem is now at City – the little snake – and Sturridge is simply a dancing Harry Kewell as he’s injured yet again.

Liverpool, even more so than last week, need to get all three points this weekend to keep the pressure on Chelsea and Arsenal and not allow our title challenge slip away.

It looks as if Liverpool will have star man Adam Lallana back in their side for this weekend’s fixture – we’ve looked as if we’ve missed him in recent weeks, so that’s a relief.

Joel Matip is also penned in to return against West Ham; definitely a player that we missed last week. showing how much he gives to our defence.

Another player set to return to the Liverpool first team is Sadio Mane. The pacey winger had picked up a knock but has seemingly recovered just in time for Jurgen.

Finally, the aforementioned Sturridge will be unavailable for Liverpool, as will Phil Coutinho – looking like it will be until mid-January until we see them both again.

West Ham have had a bad time with injuries recently too, with eight players currently injured. Two of the eight are set to return for their trip to Anfield, Aaron Creswell and Michail Antonio have both recovered from recent groin injuries.

Christ, no wonder they’re in a poor bit of form.

Goodness, a 1-0 win against David Moyes’ Sunderland almost two months ago was their last victory…

I’d strongly advise against reading last week’s prediction as it would discredit everything I’m about to spiel.

Andy Carroll is apparently going to be #UNLEASHED on Liverpool this weekend and, although I think the Slaven Bilic needs to calm down – he’s Carroll, not Edinson Cavani, I do think the big Geordie will score.

Liverpool just have a history of being unable to stop anybody over six foot from scoring, so much so we apparently only bought Christian Benteke in 2015 to stop him scoring against us.

I’m going to tip Liverpool to outscore the visitors this weekend and I predict Liverpool will win 3-1 at Anfield.

If you’d like to strongly disagree with me or remind me of what I’ve written, after Bilic starts himself upfront and nets the winner, you can find me on Twitter – @StefanoHairon.