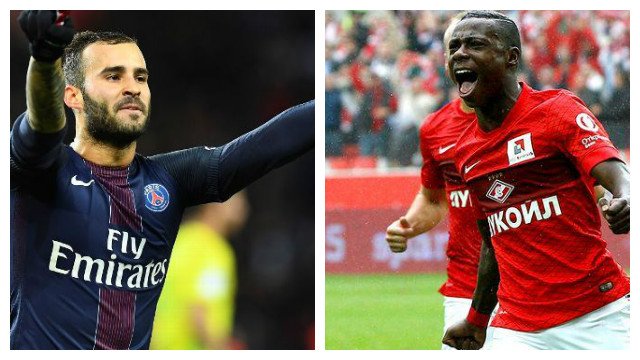 Liverpool boss Jurgen Klopp may be doing his best to play down the Reds ambitions in the January transfer market, but with Sadio Mane off to the Africa Cup of Nations, the Anfield outfit are being highly tipped to bring in some reinforcements to shore up their title charge — and with a vacant spot on the wing, they’re apparently keeping tabs on former Real Madrid man, current Paris Saint-Germain misfit and Las Palmas target Jese Rodriguez.

“He wants to come to Las Palmas, but has a salary we cannot afford,” Miguel Angel Ramirez, president of the Spanish outfit, told Marca. “There are important clubs in Europe who are willing to pay the full salary. Therefore, we are at a disadvantage and will have to wait. I do not know if you’re aware, Milan, Rome and Liverpool want to recruit Jese,” added Ramirez. “We are working on it and do not have to hurry. We don’t want to create false expectations. Our policy on spending is not going to change.”

A move to Merseyside could see the Spaniard reignite his stalled career, but Liverpool would almost certainly have to pay dearly for the services of the 23-year old with PSG likely looking to recoup a good portion of that €25mil they spent to bring him to the French capital only six months ago. While Klopp will reportedly have money to spend, he could look to Russia for a far cheaper option and a player that’s playing regular football in Spartak Moscow wide-man Quincy Promes.

The Reds have been linked with the Dutchman — who scored a cracker of a free-kick at the weekend — in the past and given the choice between the two, it would appear that compatriot Georginio Wijnaldum has already made up his mind. Commenting on a picture of the 24-year old on a private plane, the former PSV Eindhoven man posted the “praying hands” emoji, seemingly to indicate that he’s hoping Promes’ proposed move to Anfield pans out. Or, maybe we’re all just thinking way too deep in to this…which, obviously, is the more likely situation.