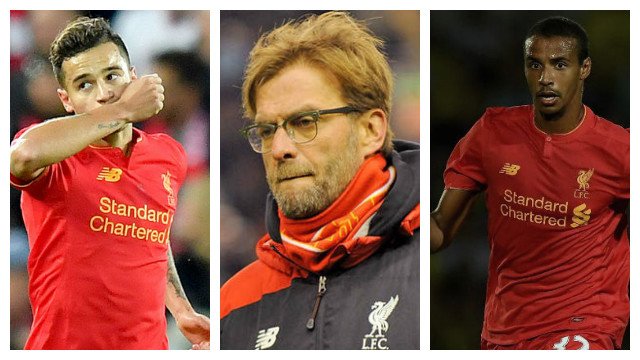 Despite setting Liverpool’s meeting with Manchester City as the date he’d be returning back to action, Reds talisman Philippe Coutinho is set to miss the meeting with Citizens on New Years Eve as he continues to recover from an ankle injury.

“No. He is in a good way, a really good way – I spoke to him a few minutes ago,” said Liverpool boss Jurgen Klopp, speaking to the press ahead of Saturday’s showdown. “But the City game, for sure, is too early and if the City game is too early then I am pretty sure the Sunderland game is too early, too,” added the German, curbing Coutinho’s hopes of facing Pep Guardiola’s side. “That’s it.”

Out of action since November, the Brazilian would likely only be fit enough to play a bit part, but the Reds have proved that they can cope in his absence. Along with Coutinho, Joel Matip will also miss the meeting with the Citizens as he recovers from an ankle injury of his own, meaning that Dejan Lovren and Ragnar Klavan should keep their places in front of Simon Mignolet.

“Both teams are pretty good in counter-attacks, both teams are pretty good in possession, so we have to defend both at the highest level,” mused Klopp, clearly relishing the build-up. “At the end, the detail will make the difference,” continued the Liverpool manager. “What I like is that we beat them last year. They were top of the table and we were kind of somewhere nowhere, but we could win the game. They are getting better since last year but we are getting better too,” he added with a smile. “It will be a different game to last year, it’s not exactly the same, we cannot play like last year, they will not play like last year,” added the Reds boss before giving his final verdict, “If I would not sit on the bench, I would buy a ticket 100 per cent for the game!”