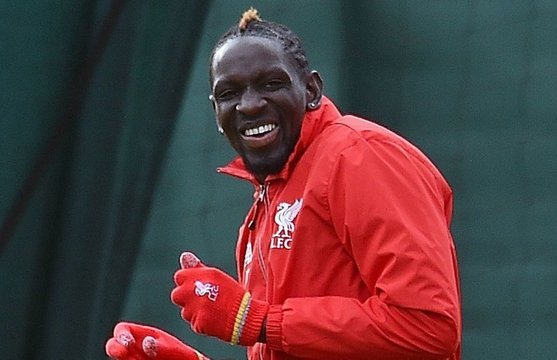 There’s been a whole lot of talk about Liverpool and defenders over the past couple of days with Joel Matip avoiding a FIFA sanction for refusing a call up from Cameroon for the Africa Cup of Nations as he works his way back to full fitness and the Reds selling underachieving defender Tiago Ilori to Championship side Reading FC, but ahead of an almost certain move away from Anfield in January, there hasn’t been a whole lot of chatter about Mamadou Sakho — unless you count his former club saying they haven’t been ringing and asking him to come back to France.

“I love Mamadou Sakho. The player but also the person,” said Paris Saint-Germain chairman and CEO Nasser Al-Khelaifi, speaking to French media outlet Infosport+ after the Ligue 1 champions downed Club Africain in Tunisia in a friendly match earlier in the week. “However, we have not spoken with him.”

Out of favour at Anfield after rejecting a loan move away from the club during the summer after falling out with Reds boss Jurgen Klopp, it’s highly unlikely that Sakho will still be at the club with February rolls around. Turkish giants Galatasaray have reportedly tabled a loan offer for the 26-year old, but it’s believed Liverpool would prefer a permanent solution. While rumours linking them with a move for Southampton man Virgil van Dijk is in heavy rotation in the press, Klopp has continually insisted that they will not bring in, no sell any first team players unless it makes sense for the squad. That assurance, of course, doesn’t extend to the Frenchman.

“Now you know, I said it: he is not in these plans for the first team. The first-team squad is here [at the training ground],” explained the Reds boss last month. “Do you really think I would have said Sakho will not be sold in winter? Nothing changed,” snapped Klopp. “Once again this actual first-team squad is in this dressing room, from this point of view nobody will be sold.”