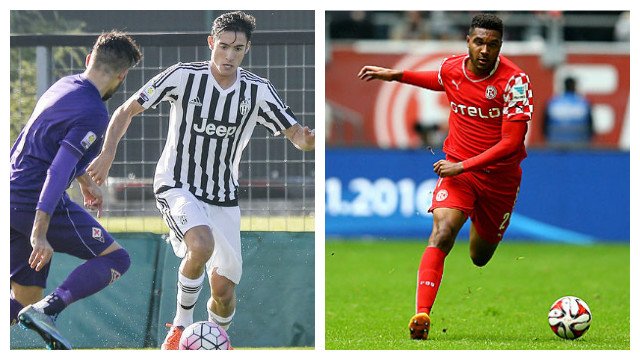 While all the talk leading up to the January transfer window has been around Liverpool moving for the likes of Borussia Dortmund winger Christian Pulisic, Spartak Moscow winger Quincy Promes or even Paris Saint-Germain flop Jese, it appears that we’ve been blindsided with rumours this morning swirling that the Reds have made a £8.7mil offer for Juventus starlet Francesco Cassata.

According to Sky Sports pundit Gianluca Di Marzio, the Anfield outfit have identified the Bianconeri midfielder as a transfer target and have made a move to bring him to Merseyside. Currently on loan at Serie B club Ascoli, the 19-year old has found the net once this season and has been attracting a lot of attention with his slick displays in the middle of the park.

Considering how highly Juve rate Cassata, Liverpool could be in for a bit of a tussle if they want to bring him to the Premier League. While there’s a decent chance that the youngster could be pulling up to Melwood for a medical before the month is through, reported Reds target Jonathan Tah has moved in the complete opposite direction. The Bayer Leverkusen defender has been tipped for big things, but he’s not buying in to the hype — or the suggestion that he’ll have to leave the BayArena to achieve something significant.

“I am very happy at Bayer Leverkusen,” the 20-year old told German sports daily Bild. “I don’t want to leave,” explained Tah, going on to dismiss suggestions by the likes of Andre Schurrle and Son Heung-Min that playing for Leverkusen was just a stop on the road to better things. “We have reached the last 16 in the Champions League, and if somebody wants to call it a stepping stone, I can only say: You can’t ask for much more.”