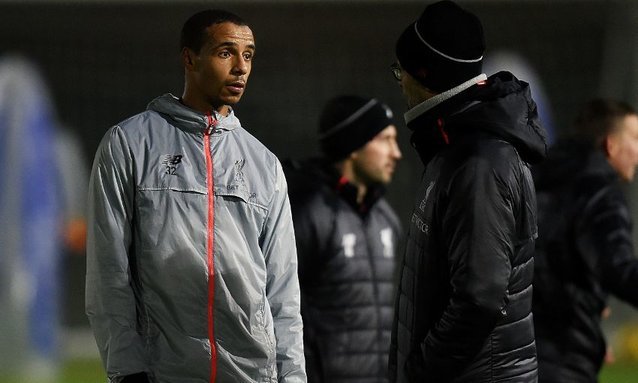 What the hell is going on? Since the turn of the New Year, Liverpool have been a shadow of the team we saw at the end of 2016.

This needs to stop. Like, now. I’ve spoken to several other Liverpool fans and we’re in agreement that finishing in the top four should be our priority – we have/had a great opportunity to challenge for the Premier League title but our focus should be on consistently qualifying for the Champions League and reaching Wembley regularly.

We are actually fortunate to only be one down in this second leg – for any of those lucky enough to miss the first leg, Southampton started strong and we just could not get into the game. It was an abysmal performance, Saints’ Nathan Redmond with the only goal.

And it’s there where our problem lay; we need to get stuck into this game and get ourselves level as soon as possible, putting Southampton on the back foot.

It’s now where I’d boast about Anfield being the boiling red cauldron it has been but, of recent, it’s hardly been a difficult place to go for weaker teams.

I’d put a few words down to highlight how both sides ended up in this year’s semi-final but I’d not like to repeat myself, so follow this link to read that from my preview a fortnight ago.

The other semi-final between Manchester United and Hull was, as expected, an easy game for United – I think Hull have the capability to cause the Red Devils some problems but it’s almost certain United will be in the League Cup final.

With the prospect of taking a trophy away from them, we need to get over Southampton to take them out!

Jordan Henderson, Joel Matip and Marko Grujic are certain to be available for selection against Southampton but I’d only expect our captain to start for definite.

There is a decent chance Matip will start – especially after our game against Swansea – but, as he’s recently back from an injury, he might be saved as a substitution. Let’s hope he doesn’t end up playing up front again.

Two of the Saints’ League Cup goal scorers are not fit enough to play. Sofiane Boufal and Charlie Austin are expected to be on the sidelines for at least another month.

Cédric Soares is expected to also miss the game, as are Alex McCarthy, Matt Targett and Jérémy Pied – who all face a lengthy spell on the sidelines.

But the biggest injury news is that Virgil Van Dijk might not be fit enough to play at Anfield on Wednesday – he will go through a late fitness test to see if he’s able to play but he’s a major doubt for Saints.

I have to assume that the Anfield faithful will be up for the mid-week semi-final – it’s probably our best chance of silverware this season, especially as it’d only be United (or Hull) if we prevail at Anfield.

Saints have an unfortunate situation; they’ve just shipped out Jose Fonte and Van Dijk is likely to miss the game, meaning they’re set to field neither of the two centre backs they’ve been applauded for.

I do think that Liverpool will beat Southampton and reach the final of the League Cup this year. I actually think this game will be somewhat of a turning point for us – not to say we’ve been awful recently, but we haven’t been great.

I think, on the final whistle, the score will be Liverpool 2-0 Southampton, 2-1 on aggregate.

If you’d like to strongly disagree with me or remind me of what I’ve written, when Liverpool crash out of the League Cup and Southampton get ready to face Hull at Wembley, you can find me on Twitter – @StefanoHairon