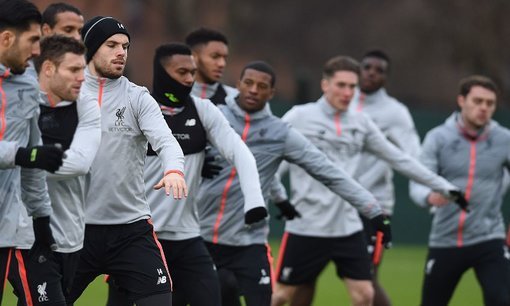 A draw against Champions-elect Chelsea looked to be a turning point for Liverpool, that was until we embarrassed ourselves by losing 2-0 to Hull at the KC Stadium.

Arguably our worst performance thus far under Jurgen Klopp, Liverpool pushed against Hull but just could not break through and failed to register enough chances on goal to be considered a threat.

Our recurrent inability to defend set pieces was again the reason we conceded one of very few chances Hull had in the game and pushing for an equaliser led to a thin defence and a second goal for the host.

Now, it seems, Liverpool are in a downward spiral and we really need to pick ourselves up and start putting points back on the board before we are playing catch-up with fourth, fifth or even sixth.

Spurs tick all the boxes of late, they’ve got a world-class goalkeeper, solid back four, creative, relentless midfield and a striker that loves to put the ball in the net.

Liverpool need to be at their absolute best on Saturday night at Anfield – if we play like we did against Hull, we may see a scoreline as dramatic as Stoke City 6-1 Liverpool.

Whichever way the cookie crumbles this weekend, it’s sure to be a tight and tense affair in Liverpool and Reds’ fans will have to hope Klopp’s men continue to stand up to the Premier League’s biggest clubs.

In Friday’s pre-match press conference Klopp said that he had not made a decision on which ‘keeper would start against Spurs and it’s difficult to know which will play.

Simon Mignolet has been inconsistent but I don’t think a game against Spurs would be the best time to rotate such a big part of the squad as the man between the sticks.

Dejan Lovren and Adam Lallana are doubts for the game but they’ve not yet been ruled out to make an appearance, meaning there’s a horrific chance we could see Lucas start at the back again.

Ragnar Klavan has been sick, according to Klopp, and been stuck in bed all week so it’s very hard to predict just who will start at the back for Liverpool.

From there, the starting team should be straightforward, I’d expect to see Sadio Mane make his first start at Anfield this year and play with Roberto Firmino and Phil Coutinho.

There is a debate to be had whether Emre Can or Gini Wijnaldum starts in the middle of the park with Jordan Henderson but my money would be on our Player of the Month taking Can’s place in the team this time.

Luckily for Liverpool, Spurs are without some of their best player for their trip to Anfield.

Defensive duo Jan Vertonghen and Danny Rose will be unavailable to Pochettino; they’ve been two of Spurs’ stand-out players this season and Liverpool must take advantage of their absence.

Another missing link for Spurs is Erik Lamela, he’s injured his hip and is a major doubt for this weekend’s clash as are Georges N’Koudou and Kieran Trippier – the latter of which faces a late fitness test.

The game will be lost and won in the midfield. Liverpool will need to nullify Victor Wanyama, he is one of the finest ball-winners in the Premier League and has the ability to dominate the game.

It’s a tough one. I’m forever the optimist but I’m not feeling great about playing Spurs – that means we should win, right?

Well history is on our side. Spurs haven’t been able to beat Liverpool in their last nine attempts, registering six losses and three draws against The Reds since 2013.

Current form, however, would suggest we could very easily lose this game 3-1 or worse but, as I said, I am an optimist and feel Liverpool will rise to the occasion.

We’re infamous for being pushovers against the smaller teams but when it’s down to the bigger boys in the Premier Leauge, we turn up.

Our last two biggest game – against Chelsea and Manchester United – have resulted in draws.

That’s two points from six, yes it’s not something to turn your nose up but if we’d have held on to the 1-0 scoreline against United I’d have taken a loss against Chelsea.

After all, three points from six is better than two.

I want Liverpool to repeat the 5-0 thrashing of Spurs from 2013 but even I know that’s highly unlikely this time but I do think Liverpool will win – against the grain.

I fancy the Anfield scoreboard to read Liverpool 3-1 Spurs at full time.

If you’d like to strongly disagree with me or remind me of what I’ve written, when Spurs run riot at Anfield and Gini accidentally scores for the team he almost signed for last summer, you can find me on Twitter – @StefanoHairon