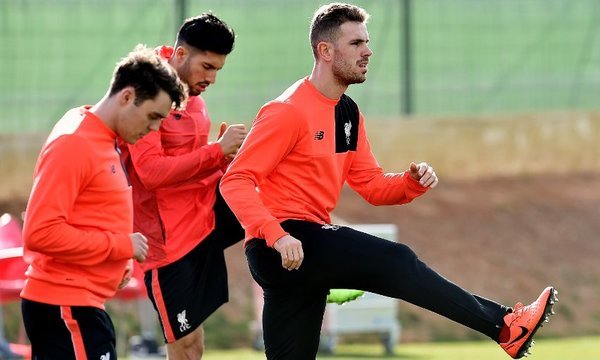 After pushing Tottenham Hotspur off to one side in what could prove to be a decisive match in the race for Champions League football, Liverpool look to be back in the swing of things after hitting a mid-season slump that saw them drop out of the title race and lose their grip on a spot in the top four.

Just over the horizon they’ll travel to defending Premier League champions Leicester City before a struggling Arsenal side visit Anfield. It’s never easy to pick matches, but as far as football predictions go, that’s a pair we have a really good chance of winning. With just under a fortnight to go until we face the Foxes, Reds boss Jurgen Klopp has packed up the squad and hopped a jet to Spain for some warm weather training.

Double sessions are on the agenda as the Anfield outfit spend four days in the sun and the Liverpool manager gets his squad in tip top shape for the all important run in to the end of what has been a topsy turvy campaign. Having pushed Premier League pace setters Chelsea hard throughout much of the season, losses to a trio of teams staring down relegation all but derailed their hopes of being on the top of the pile when May rolls around. As disappointing as that might be, Klopp is a manager that’s always looking to the future and he’ll be taking stock of both the short and long-term during their short stint in Spain.

The German will be keeping a close eye on a number of players, but no more than struggling trio Daniel Sturridge, Emre Can and Loris Karius as he not only looks to avoid hitting the skids again, but looks to shape his squad for the future. The papers might make it look like they’ll just be having a nice kick about in the sun, but there’ll be a lot of hard work going down in La Manga. Football prediction isn’t a science, but if your side is putting in the work, it’s a whole lot easier to back them.