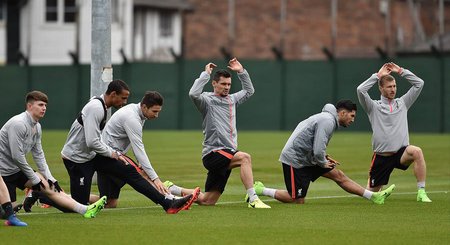 After Liverpool dispatched another rival in the race for a spot in the top four, the Reds will be looking to keep their heads up high and beat one of the Premier League’s weaker teams.

Wait. We’ve been here before, haven’t we?

Just a few weeks ago, Liverpool comfortably defeated Spurs at Anfield and then did the same to their rivals Arsenal. After the Spurs win we went and lost against Leicester.

Two things as to why this won’t be happening against Burnley.

1) The game will be played at Anfield.
2) Burnley didn’t win the Premier League ten months ago.

With all due respect to Burnley, they really shouldn’t be of any threat to Liverpool this Sunday. Yeah, they did beat us earlier in the season and I’m still annoyed about that but I’d put money on Jurgen Klopp and the players also being annoyed too.

A win against Burnley would see the Reds close the gap to second to just one point – granted City and Spurs have a game to play themselves but, first and foremost, we make sure we’re putting points on the board.

If Burnley manage to take away all three points then they could – albeit temporarily – move into the top half of the table; which is testament to the job Sean Dyche has done there.

A draw wouldn’t be ideal for either club as it sets them both up to be leapfrogged by the team currently beneath them in the table – granted if Arsenal win their next two league fixtures, they’ll overtake Liverpool anyway.

Liverpool aren’t too hampered by injuries this weekend – Dejan Lovren is expected to return to our back line and join Joel Matip.

Roberto Firmino faces a late fitness test and it seems as if Divock Origi will get the nod ahead of him just to be sure which, I’m sure, won’t worry too many Liverpool fans.

Daniel Sturridge is injured AGAIN. I’m not sure who to feel more sorry for… him, us or the club for paying his wages. It’s a crying shame because, on his day, he might just be the best striker in the country.

Also, physioroom.com have Sturridge’s return as April 1st. I’ve got nothing to funny to say about that.

Jordan Henderson is still a doubt going into the game but, with Emre Can’s performance against Arsenal, we may not feel it as much as we usually would.

I’d expect Liverpool to field a full strength side, bar Henderson, and field a presumable trio of Gini Wijnaldum – another player who was great against Arsenal – Can and Adam Lallana.

Burnley have a few injury concerns but it seems as if Tom Heaton – the decent enough ‘keeper that turns into Gigi Buffon against the big clubs – has recovered from his illness and will start against Liverpool.

Well this is going to be a tough one to predict…

Jesus, Mary and Joseph, based on form, this is a tough one to call.

Our form isn’t much to talk about – to be honest – but our victories against the North London clubs suggests we’ve turned a corner and a win against Burnley would show the Leicester game as just a blip.

Liverpool don’t have many issues when it comes to getting the ball into the back of the net, our problems come from that we can’t keep the ball out of our own.

Burnley do have a habit of snatching goals if you give them even a sniff at goal so I’d swiftly throw the idea of Liverpool keeping a clean sheet right out of the window.

With that being said, I think the full time scoreline will be Liverpool 2-1 Burnley.

If you’d like to strongly disagree with me or remind me of what I’ve written, when Heaton sets a Guinness World Record of most saves in a game, you can find me on Twitter – @sigsgomento