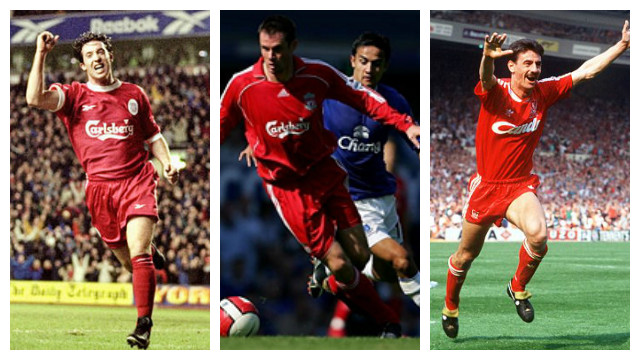 The old cliché is that form goes out the window on Derby Day, but when you’ve got two teams on a flier, it doesn’t really apply, does it? Making the short trip across Stanley Park, Everton will not only want to take a bite out of Liverpool’s Champions League ambitions and build on impressive wins over Hull City and West Bromwich Albion, they’ll also be looking to claim a first win at Anfield in 18-years. History is firmly behind the Reds and in turn the betting sites are backing them to take full points — any they’re not the only ones throwing their weight behind the hosts.

“I think Liverpool have a little bit of a shine over Everton, certainly in the last few years anyway, you’re playing really well,” explained Liverpool legend Robbie Fowler. “Liverpool have been the better team on paper going into the game and have come out on top quite a few times,” continued the Merseyside born and bred striker. “I’m hoping it’s going to be the case again.”

With the backing of Iranian billionaire Farhad Moshiri, Everton appear to be on the precipice of a new era. Set to move away from Goodison Park after their new 50,000 seater stadium in Bramley Moore Dock was approved, Toffeee’s supporters the world ’round are looking towards a future where they’ll either meet or surpass the success of their closest rivals. But, for all the optimism, that’s the distant future and Saturday is very much the ever ready present. Matching silverware with one of the most successful clubs in Europe is a dream for another day — local bragging rights is a far more obtainable goal.

“Why not?” said ex-Liverpool defender Jamie Carragher when asked if Ronald Koeman’s side can end their Anfield hoodoo this weekend. “Everton are flying. They’re doing really well. They’ve got a good side,” added the Champions League winner in his typical matter of fact fashion. “You’ve seen other teams come to Anfield and win.”

And, on the flip side, you’ve seen sides square up with Jurgen Klopp’s boys and get taken apart piece by piece. Unbeaten in their last three outings in which they’ve claimed wins over North London duo Arsenal and Tottenham Hotspur and grabbed a point against Manchester City, Liverpool look to be well and truly out of the doldrums that plagued them at the turn of the year. If there’s one thing that can be said about the Reds this season, it’s that they’re always up for the big matches. Unbeaten when paired against the current top six and looking to consolidate their spot in the Champions League places, betting against the hosts could be a risky proposition.

“I’m sure the Liverpool players, when they play Everton, will go out there and want to play really well,” enthused Liverpool icon Ian Rush. “It’s going to be one hell of a game against Everton, because they’re doing alright at the moment as well, but I think with the crowd behind them, hopefully Liverpool can get the win,” added the Welshman, no stranger to the glory of the derby. “The top four is still the main priority and I think if they can get a win against Everton, it’s on to finish in the top four.”

And, almost as important, add one more year to the Toffee’s 18-year wait for win at Anfield. For Reds supporters, that’ll be just as sweet…