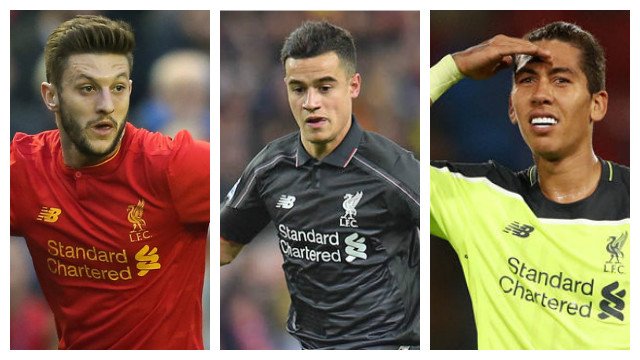 Liverpool thought they made it through the international break without having yet another player added to the injury list, but news has comes through that Reds midfielder Adam Lallana will definitely miss Saturday’s clash with cross-town rivals Everton and could be sidelined for up to a month with a thigh problem picked up during the closing stages of England’s win over Lithuania earlier in the week.

The 28-year old has established himself as a key cog in Jurgen Klopp’s midfield three and his absence deal the Anfield outfit as massive blow as they look to hang on to their spot in the top four. The return of club captain Jordan Henderson, who is only just recovering from a foot injury picked up last month, will soften the blow somewhat, but there’s no guarantee the skipper will be back in time to face the Toffees at the weekend.

On the flip side of the coin, Brazilian duo Roberto Firmino and Philippe Coutinho should be back on Merseyside and ready to train on Thursday ahead of the meeting with Ronald Koeman’s side after the Reds splashed out for a private jet to get them back to England ahead of schedule — something that’s become commonplace for the influential attackers. Liverpool are a mere six points in front of Everton and have both Manchester United and Arsenal, who each hold a match in hand, hot on their heels in the race to secure Champions League football for next season.

“We will be ready. The derby is a very special match for everyone, the fans and the players,” insisted Coutinho, knowing full well what’s at stake. “We know what it means. The people of Liverpool live this match with so much emotion and this time it is even more because Everton have improved so much in recent weeks,” added the Brazilian. “We know it won’t be easy, but we know we have to win, for our fans, for our morale and for everybody.”