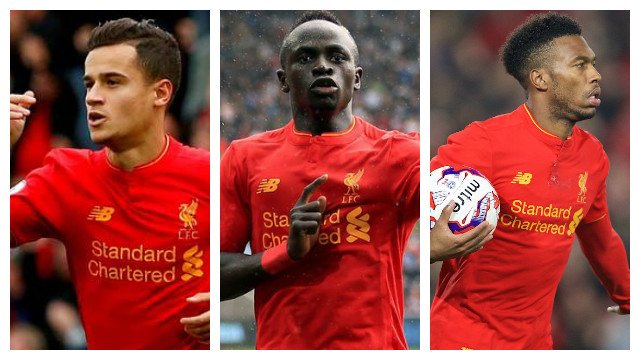 After being replaced just past the hour mark in the draw with AFC Bournemouth earlier in the week, there were concerns that Liverpool talisman Philippe Coutinho had picked up a knock after he made a hasty retreat down the tunnel. Reds boss Jurgen Klopp quickly moved to abate those fears by confirming that the Brazilian was suffering from an illness, but when asked about the attacker in his pre-match press conference, the news wasn’t exactly promising.

“Phil is still ill and was not at Melwood yesterday and he will not be here today,” said the German, speaking to the press ahead of the meeting with Stoke City on Saturday. “He had a conversation with the doc and he feels much better, but it doesn’t look too good. We will have to see if we [can] bring him in tomorrow,” added Klopp, refusing to rule him out completely. “Stoke is not too far away so we will give him all the time he needs, but it will be really close.”

Liverpool missed the chance to steal a march on their top four rivals on Wednesday, giving up a late equalizer to once again drop points against Bournemouth. With Manchester United and Arsenal in hot pursuit and carrying games in hand, the Reds can ill afford to keep dropping points. News that Sadio Mane, who picked up a knee injury in the win over Everton last weekend, will miss the rest of the season certainly deals their chances of securing Champions League football a blow, but as the Senegalese attacker prepares to go under the knife, Daniel Sturridge is getting set to return to action — and, hopefully, help fill the void.

“Sadio will, we’re pretty sure, need surgery. We’re not 100 per cent sure when it will happen, but then it is clear his season is over,” said Klopp, laying all our cards out on the table. “That’s what I expected, actually, when I saw the video after the game. I thought he was lucky in this situation that not more happened, but now we are close to the end of the season and that means it will be pretty much impossible that he will play again this season,” confirmed the Reds manager, before hinting that Sturridge could play a part against the Potters. “Daniel is part of training, yesterday and today, and we will see. But no major issues.”