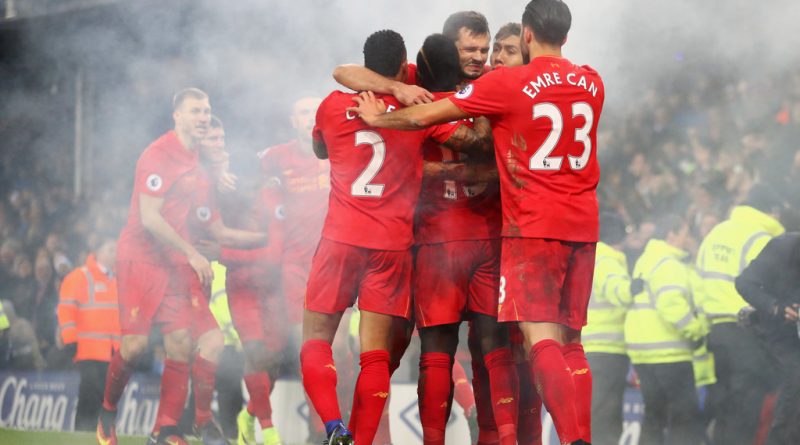 It is without doubt that being a Liverpool fan is somewhat of a rollercoaster ride, I know that it is clichéd, but it is true. Despite the Reds lack of consistency in winning games, we are so consistent in our unpredictability which has been the case for numerous years. In the space of a week, Jürgen Klopp’s side have epitomised the up and down season that as fans are so familiar with these days. Following an emphatic victory in the derby, to a last-minute gut wrenching equaliser at home to Eddie Howe’s Bournemouth side, to a game were Klopp’s tactical decisions were scrutinised and had to, at half-time, call upon the Brazilian duo of Phil Coutinho & Bobby Firmino, overhauling Stoke City at the Brittan…oh…I mean…Bet365 Stadium, on what was a glorious day in the town of Stoke-upon-Trent, something rarely associated with the place.

Liverpool are now just six games away from knowing the fate of next seasons European adventures. Whether it will be trips to the likes of Rome, Madrid, Paris & Munich, or…trips to Tel-Aviv, Zurich, Bucharest & Krasnodar…as much as I have wanted to go to Russia and freeze my backside off, I know where I’d prefer to go.

Liverpool currently sit in 3rd place however, with pretty much everyone around us having games in hand, though at this stage I would certainly take the points over the games in hand all day long.

With the news that Liverpool’s top goal scorer Sadio Mane is set to miss the rest of the campaign and the injuries to stand out performer this season Adam Lallana, along with fellow Englishmen Daniel Sturridge and club captain Jordan Henderson, it looked all doom and gloom prior to our visit to Stoke on the weekend especially after dropping two points to another one of the ‘lesser teams’ to but it nicely. However, following the heroics of Coutinho and Firmino, Klopp will soon be looking to have more variety as Sturridge made his long-awaited return to action in the second half, Saturday afternoon which could prove crucial should he remain fit and available.

The Reds will now be going into next Saturdays clash away to West Brom at the Hawthorns with bags of confidence and real belief that Champions League football is very much in their hands. Ahead of the Stoke City game, Emre Can spoke out about Liverpool’s Champions League ambitions;

“everything is still in our hands. We want to play in the Champions League next season and nothing is over.”

After a Dudek-esque save on multiple occasions, reinvigorated Simon Mignolet spoke out after the victory on his heroics and ambitions for the remainder of the campaign;

“This was a good feeling for me but I’m not really one who looks to myself or my own performance. It is about making sure Liverpool get in the Champions League because that is where we belong.”

“We want to fight at the top both in England and Europe. We have to grind out results because we want that Champions League spot.”

Now heading into the final fixtures, I was curious to know how the league would look should we repeat the exact same results from all the top 6 sides for each of their run-in.

Below is the table of how the top 6 would look after the final game of the season using the same results from the reverse fixtures.

I would certainly be happy if the league table would look like this come the final whistle at Anfield against Middlesbrough. Liverpool to finish 3rd with Arsenal coming 5th and Manchester United cementing their place in there beloved 6th place. Chelsea would unquestionably be crowned champions and Tottenham and Manchester City making up the top 4 with City having to play in a Champions League qualifier.

With the campaign coming to an end, there is still a lot to play for and grinding out results like the Stoke game is something that Liverpool need to do from now until the last kick of the season, surely then we will see the Champions League return to Anfield.