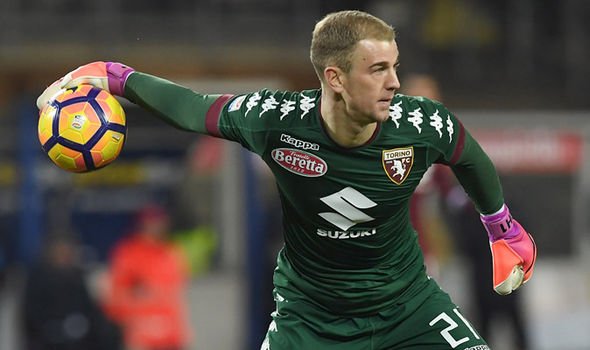 If you ask any Liverpool supporter what position the club should be focused on upgrading when the transfer window opens this summer, the slot between the sticks would poll pretty high on the list.

“Extra competition? You ask about goalkeepers but even though you don’t say the name, is it about Joe Hart?” said Reds boss Jurgen Klopp, quick to get to the point. “We don’t usually talk about these sort of things but in this particular case I think we can. He is a fantastic goalkeeper, the goalkeeper of the English national team, the highest quality, but we have highest-quality goalkeepers,” explained the Liverpool manager, killing off that rumour with one fell swoop. “It is not for us in this moment and hopefully not for us in the future – not because of Joe but we already have two strong goalkeepers.”

While it’s believed that Loris Karius — who made the move from Bundesliga side FSV Mainz last summer — remains in Klopp’s long-term plans, there have been suggestions that someone like Hart could be brought in to fill the gap and provide some guidance to the young German on his road to claiming the Number 1 shirt at Anfield. Simon Mignolet, who has reclaimed the top spot in the Liverpool pecking order after initially losing it to Karius earlier in the season, remains only one error away from returning to his usual unreliable self despite putting in a number of solid performances over the last three-weeks, but at this time it doesn’t look like he’ll be replaced by the Man City shot-stopper.

“Wardy [Danny Ward] is at Huddersfield and playing a brilliant season – he is our player so we will bring him back next year so there is competition,” mused Klopp, throwing his backing behind the stable of ‘keepers already at his disposal. “The young ones have made really big steps, Caiomhin [Kelleher] and Kamil [Grabara], and that is really good,” added the German, going on to acknowledge his answers are probably going to have more than a few pundits questioning his sanity. “The situation with our goalkeepers is really good. I understand the question but I cannot give the answer probably a few people want.”