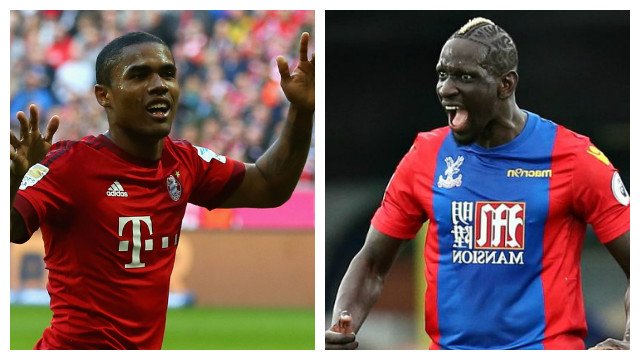 If reports linking Liverpool with a serious interest in Real Madrid attacker James Rodriguez aren’t ridiculous enough, the rumour mill has generated millions of simultaneous face-palms by suggesting that the Reds boss Jurgen Klopp will try to tempt Bayern Munich winger Douglas Costa away from the Bundesliga juggernauts this summer. The Brazilian has struggled under new boss Carlo Ancelotti this season, but any suggestions that the Bavarian club are ready to cut their losses seems wide of the mark.

“No way!” said his best bud and personal coach Lucas Cruel, when asked about the future of the pacey winger by German media outlet Sport1. “Douglas will not go to Liverpool, he prefers to stay at Bayern Munich,” he added, throwing massive amounts of shade on reports linking the Brazilian with a move to Merseyside. “It’s a good life here.”

Klopp may be set to get the largest transfer budget in the history of the club, but if Costa actually did go on the market, not only would he take a substantial chunk out of the budget, we’d face a massive fight to secure his services. Now, maybe they’d have enough shillings to put a horse in the metaphorical race when they get misfit defender Mamadou Sakho off the wage bill, but the Frenchman suffered a nasty looking injury playing for Crystal Palace last night and was eventually stretchered from the field after receiving a lengthy round of treatment early in the second half. It’s still far too early to tell, but if the centre-back is facing a long term spell on the sidelines, the £30mil the club were hoping to rake in for him this summer could be in serious jeopardy.

“Our biggest problem is at centre half,” said Eagles boss Sam Allardyce, speaking to the press following the final whistle. “Sakho with another knee injury but it is a good job we are blessed with outstanding centre halves. He has hyperextended the knee,” added the Englishman, sounding grimmer than usual. “It is certainly serious enough to keep him out for who knows how long, we won’t know until we diagnose it, but if it is ligament it may be the end [of his loan spell], it may not.”