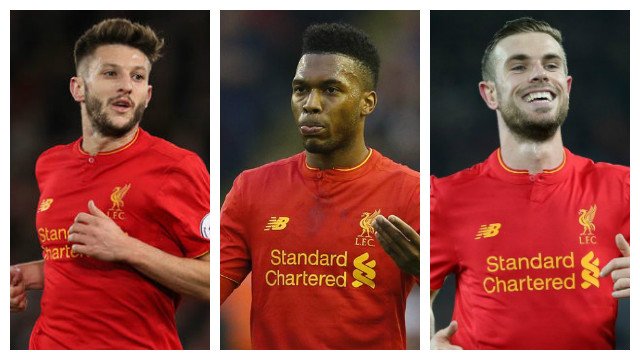 Out of action since mid-March, Liverpool playmaker Adam Lallana is on course to make a return to the Reds set-up before the end of the season and could play some part as they look to bounce back from a disappointing defeat at the hands of Crystal Palace when they run out against Watford FC on Monday evening after stepping up his training at Melwood yesterday.

Looking shallow from the bench, the hosts ran out of ideas on Sunday and had nowhere to turn as a Christian Benteke double secured the points for the Eagles after Philippe Coutinho bagged a spectacular free-kick to open the scoring. With the race for Champions League football as tight as ever, Lallana’s return will be a major boon to Liverpool’s cause as they look to try to pick up as many points as possible over their last four matches to keep the likes of Arsenal, Manchester United and Everton from crashing the top four.

Although it was initially being reported that Daniel Sturridge could be out for the remainder of the season after suffering a recurrence of an old hip problem during the build-up to the meeting with Palace, the striker was spotted in training on Wednesday. While it’s not known at this time whether or not that means he’ll be in contention for the Hornets trip, it’s good news nonetheless.

Unfortunately, the same can’t be said about club captain Jordan Henderson. Liverpool boss Jurgen Klopp has been realistic in saying that the skipper could very well sit out the rest of the campaign as he struggles to recover from a foot injury that’s plagued him since February and that assessment looks to be gathering steam with reports circulating that the club is growing concerned with the time it’s taking for him to recover. Back on crutches at the insistence of the Reds medical team, Henderson has been unable to put any weight on his foot and won’t be rejoining the squad anytime soon.